With this you just type the text you want on your computer and your 5×5 dot matrix shows the message. 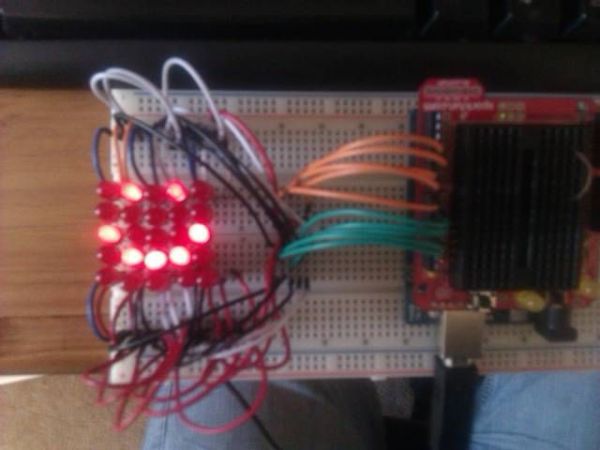 It took me a while to figure this all out but in the end it was quite rewarding. not really practical though. 🙂
Enjoy.

Plz comment and let me know what you think.

Here is how i coneckted the leds. it gets a bit conplecated but works. feel fre 2 try own metheds 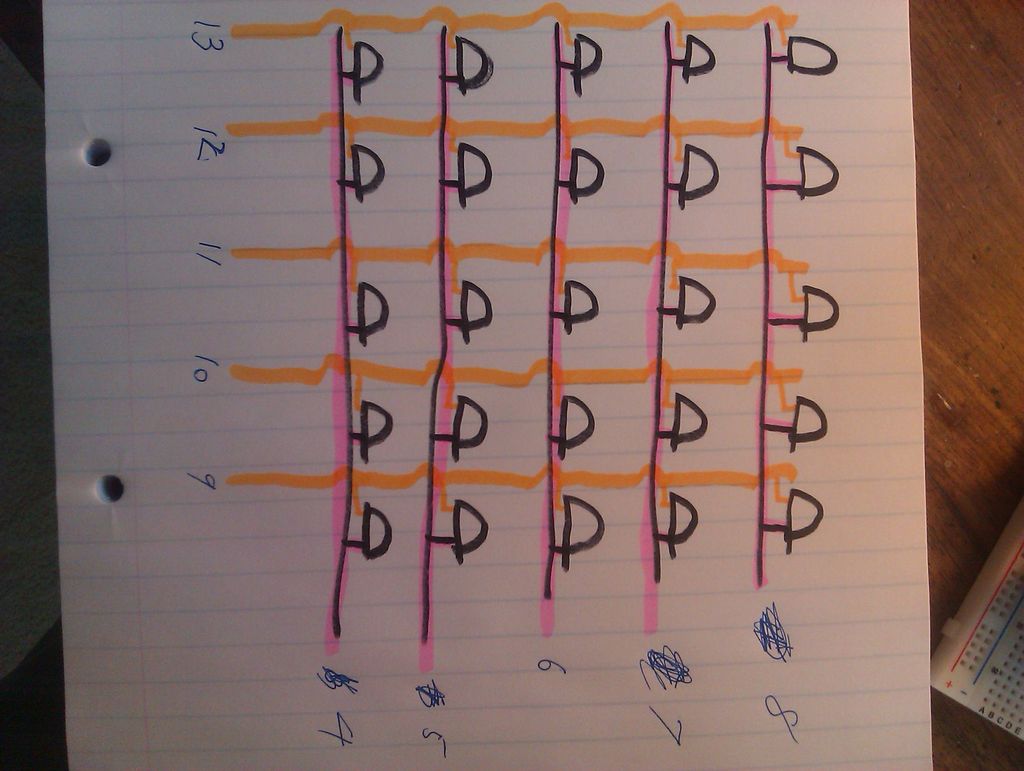 I made it that all the anodes are connected down, like in the pic. the cathodes are so that only 2 are connected. The one on the left shears a line with the one on his right.

The catrodes are then connected to allow a horizontal connection as n the photo.

now just connect according to the diagram with the resistors on the cathrodes.

As a project for one of my college classes, we were asked to create something using the Arduino. After a...