Skip to content
Hi guys, I am Robin, one of the developers of Annikken Andee. Just a few weeks back we were invited to be a part of Arduino Day Singapore 2014. On the day of the event, we showcased a missile-firing lego-crushing smartphone controlled Tank built using our Annikken Andee.

It was a big hit with our audience and many of them has enquired on the making of the Tank. We wanted to share our Tank making knowledge to the Instructables community. So to get you in the seat of a POTENTIAL TANK COMMANDER, I am going to give a step by step guide on creating the Andee Battle Tank, or ABT in short. 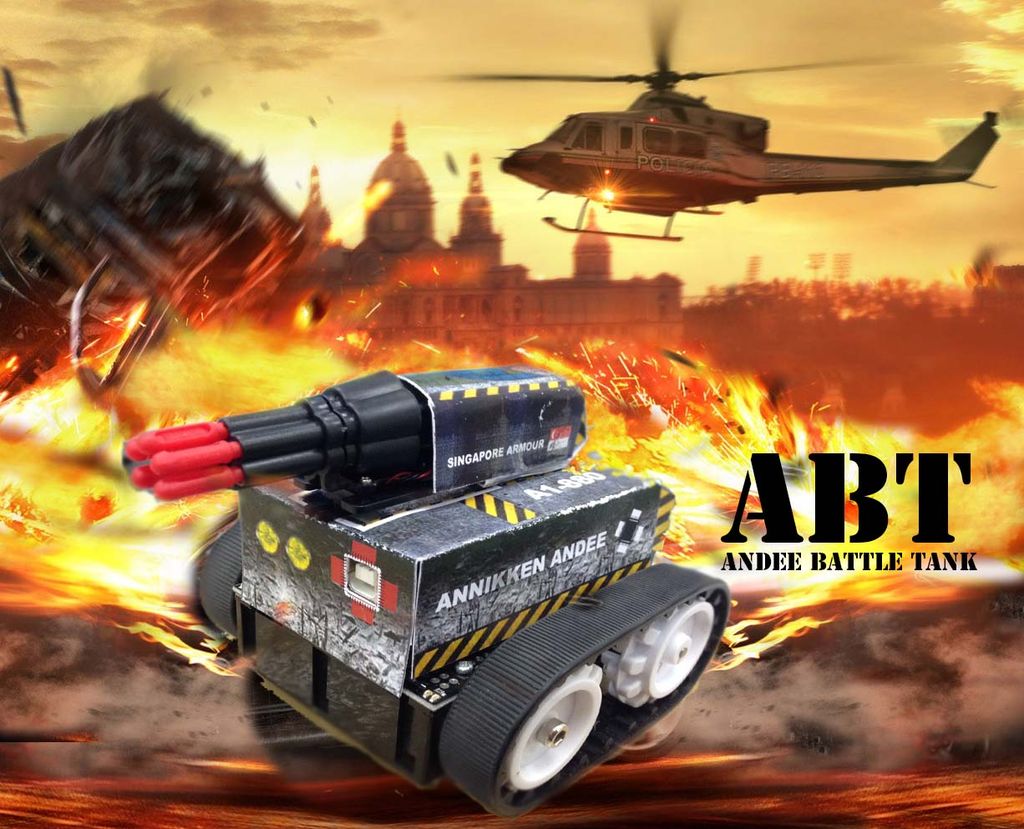 Our ABT is built using the following parts. You can source from them from Amazon, Pololu, Aliexpress etc.
1 x Arduino Uno
1 x Pololu Zumo Robot
1 x Annikken Andee
1 x WLToys V959-19 Missile Launcher (Amazon) (Aliexpress)
1 x Smartphone (Android 4.0 and above)
(note: if you are using iOS, u will need to the get Annikken Andee for iOS)

The base of the ABT is built using Pololu Zumo Tank kit. It is designed for Arduino/Leonardo and therefore fits Annikken Andee perfectly well. What I like best is that entire set up (Zumo Shield, Andee and Arduino) can be powered by 4 x AA Battery found below the chassis. This means that i do not need to mount an external battery pack to power the ABT.

In This Guide I will not be mentioning much about the assembly of the Zumo Chassis as user Qtechknow has already made a comprehensive guide on Zumo Tank Assembly. You can also visit Pololu Official page for the documentation.
Just don’t arm the metal plate that comes with the Zumo Kit, ABT uses speed as its defence, not armor =)

Female header for The Turret
After the Assembly, Solder the 2.54 mm Female Pin Header to the pin 2 and ground hole on the Zumo Shield. We will be using Pin 2 of the Arduino to fire the missile.

Coincidentally, Zumo Shield and Annikken Andee both uses Pin 8 to communicate with Arduino! (Great minds think alike?)
This poses a problem for Arduino as he is unable to differentiate the source of the communication (Andee or Zumo?).
To get around this problem, we are going to do a little hack

Wait, what is Annikken Andee?
Annikken Andee is a bluetooth shield that allow easy communcation between your smart phone and your Arduino. As it comes with Andee Arduino library and free downloadable Andee App for your smart phone, you do not need to develop the App. You can create the UI all via your arduino codes.

Step 1) Desolder R30
R30 is a 0 Ohm resistor that you can find on the underside of Annikken Andee. Taking it out severs the connection between the leg of pin 8 and Annikken Andee.

Step 2) Connect Annikken Andee to Pin 4.
Using a piece of short wire, short-circuit the copper base which previously house the 0 Ohm resistor of R30 to the leg of pin 4. This way the communication between Andee to Arduino will done via pin 4, and not pin 8. Check out the picture above for reference.

WLToy’s V959-19 missile turret is a rare find indeed. It was meant for their quadcopter to shoot projectiles at unsuspecting target. It can hold up to 6 missile at any time and its missile travel at up to 100 km/h. A direct hit from the missile can instantly decimate a T34 at its strongest point.

With lacking of online documentation of this fearsome weapon, The follows are my understanding based on trial and error.
The Yellow and White wires is connected to the DC motor behind the turret. As the motor rotates, it will trigger the mechanism to release a missile.The Red and Black wires will short-circuit every time the missile’s release mechanism is triggered. However for simplicity sake, we are not using this 2 wires for the project. 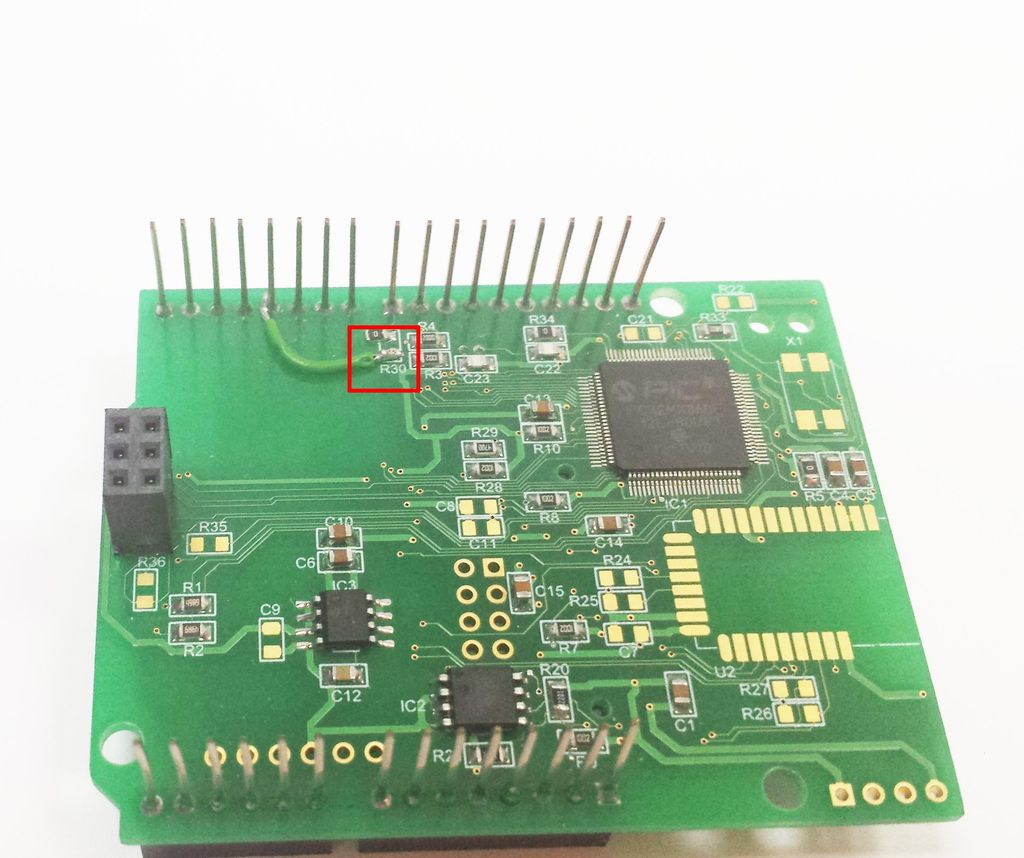