Although it is great controlling the robot arm with computer or mobile phone, I think using joystick is also cool, so I’ve bought a joystick shield and make a new project. This joystick shield is compatible with Arduino. It also support Nokia 5110 LCD module, nRF24L01 wireless module and Bluetooth module. It should be fun and convenient for various projects. : ) 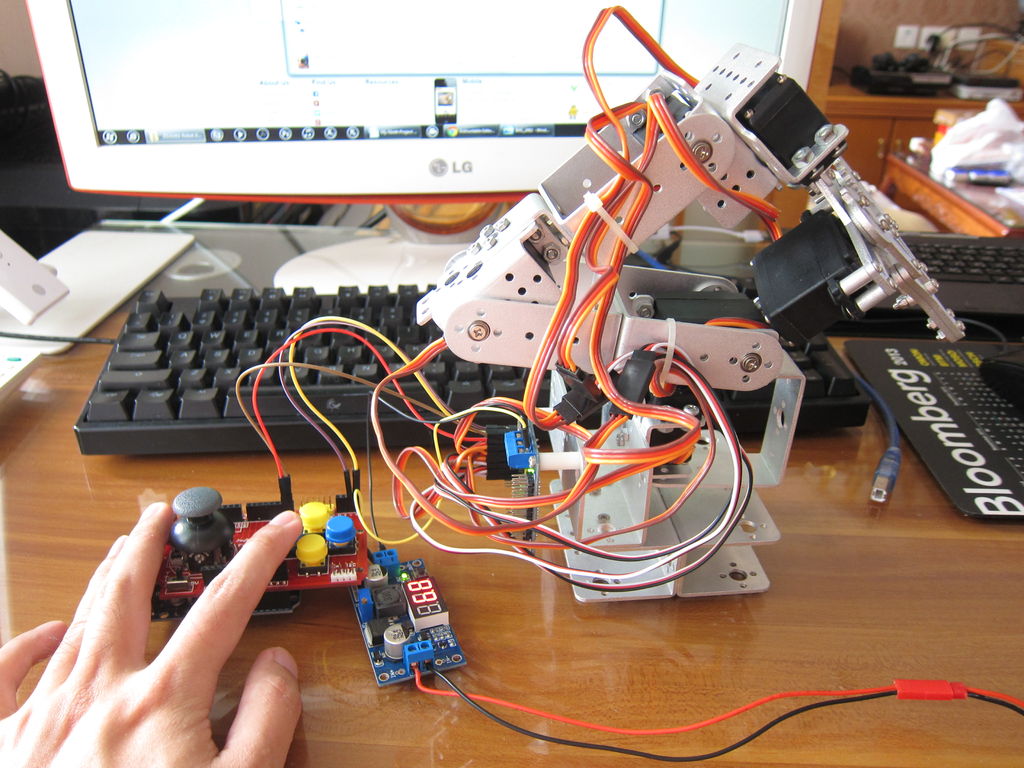 For assembling Robot Arm Set you can follow the manual downloaded from the link. You can also refer to my seventh project. For Joystick Shield it is very simple: There are pin headers that are compatible with Arduino, just plug this shield to the pins on Arduino UNO / MEGA and that’s it. 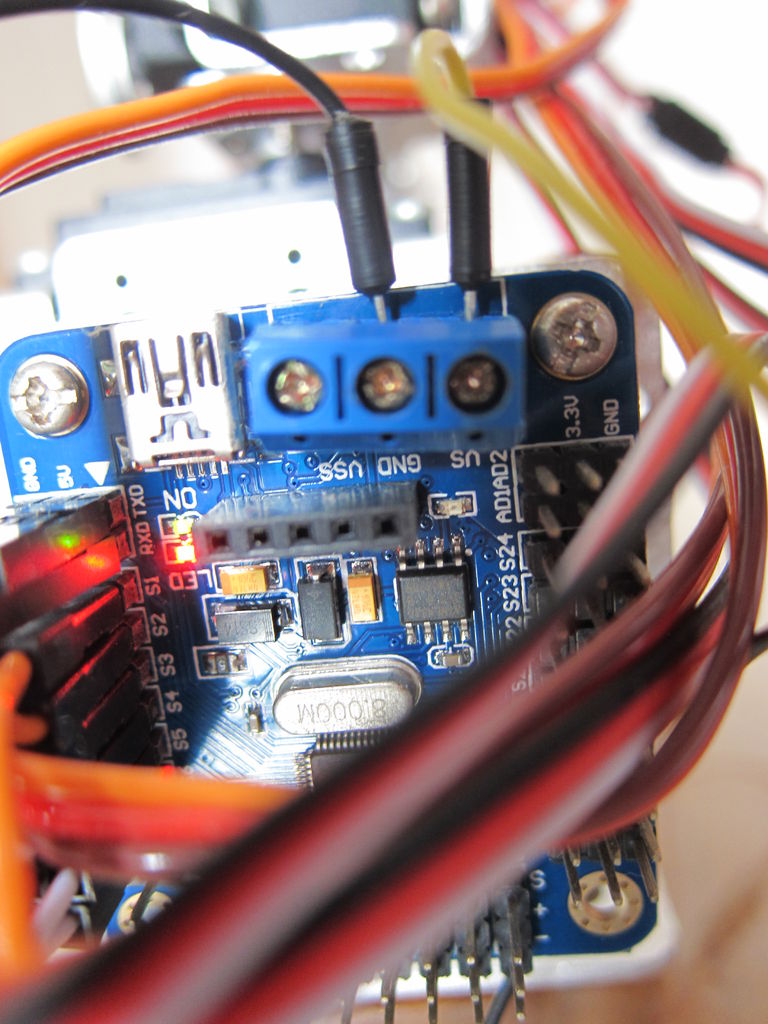 This is a continuation of the seventh project and the wiring between robot arm and servo controller is just the same.

From servos to servo controller:

Use extension wires if the servo cable is not long enough. Make sure all the cables are in correct direction.

Black wire of 7.4V Li-Po Battery > IN – of buck regulator

OUT + > VS of the blue terminal block on servo controller

OUT – > GND of the blue terminal block on servo controller

From servo controller to Joystick Shield