Skip to content
A frequency generator is a very handy device in electronic design, development, testing and trouble shooting. It is such a kind of device which can generate the required frequencies which can be then applied directly to the target device for testing it. There are frequency generators which can generate the required waveform like sine wave, saw tooth wave etc. but for normal applications the square wave generation with variable frequency is sufficient. 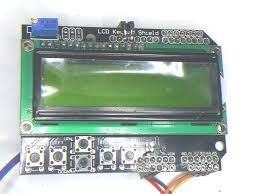 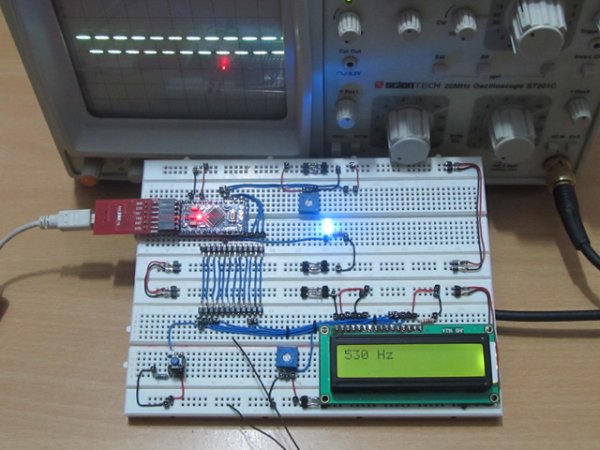 process the input and then generate a corresponding output. It is through these inputs and outputs that the Arduino as a system can communicate with the environment.
The Arduino boards communicates with other devices using digital input/output analog input/output standard communication ports like USART, IIC, and USB etc.
[/nextpage][nextpage title=”Description” ]There are different varieties of Arduino boards available among which one can find a board which suits the particular application. In this project the Arduino pro-mini board is used since it comes in very small in size and any kind of connectors can be soldered on its periphery according to our requirements. It is very breadboard friendly and occupies very less space of a typical breadboard.The image of the arduino pro-mini board and the arduino IDE are shown below; 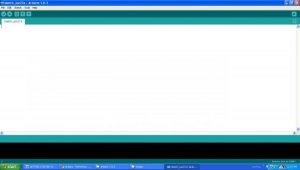 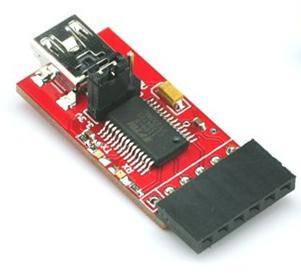 The Arduino IDE provides functions to access analog input and analog output of the board. The code written for this project uses the built-in function provided by the Arduino IDE namely analogRead().

This function can read an analog value from an analog pin mentioned in its argument and can returns that value. Suppose if there is a variable ‘var’ into which the vlue of the analog pin A0 is need to be read into, one can use the analogRead() function as shown below;

The above statement will enable the built-in ADC of the arduino’s microcontroller which then converts the analog value to its 10 bit digital equivalent and then stores in the variable ‘var’. The variable ‘var’ is expected to be of the type integer.

As an example to generate a square wave at a pin number 8, with a frequency 1KHz and for a duration 5 seconds the following statement can be used.

When the wave is required to present at the particular pin until it is stopped by the noTone()        function call the following statement can be used; 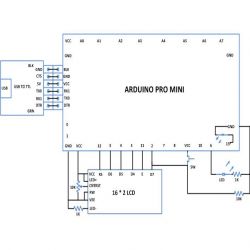