My daughter asked me to build her a treasure chest that she could use to store her most valuable things. Obviously she demanded it to have some kind of a locking mechanism so only she could open the box.

First thought was to use a keypad but then her grandfather bought her a diary with a secret code. So I had to come up with something else. On Adafruit’s tutorials I came across the Secret Knock Activated Drawer Lock. Use a secret combination of knocks to open the box. An idea I instantly liked a lot. Another great thing about this drawer lock was that it was programmable, which means you can change the knock sequence to anything you like. 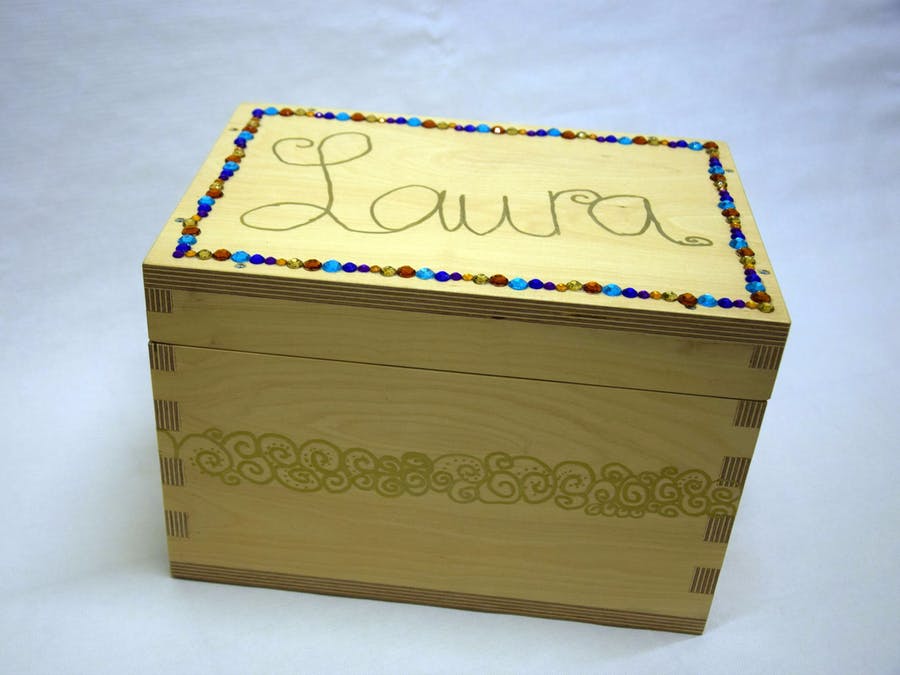 I still had to think about the closing mechanism and decided to use a servo motor. Also I wanted the box to run without power cables. But if I used batteries I would run into a problem with the box closed and the batteries without power. So it had to be rechargeable but also I had to think of how to charge them from the outside of the box. Browsing on Adafruit’s page I came across the PowerBoost 1000 Charger, a neat thing to power any Arduino like microprocessor while also charging a Li-ion battery.

I also thought about making the box somehow connected either via Bluetooth or WiFi so I could operate the closing mechanism via a smartphone. But in the end I decided against it for the sake of simplicity, at least for version 1.

I wanted to build a nice box with finger joints. But I soon had to discover that was not an easy task to do with a circular saw. I followed this tutorial (German only).

In this project, we will be making a mini weather station that measures temperature and humidity and transmits them wirelessly...