After wearing myself out playing Wii Boxing I got to thinking wouldn’t it be great if I could use this to control my robot, (looking to my left hand).

Looking around the internet I found a bevy of people doing similar things, (links to everyone just below the video). So what follows is a re-packaging of all their hard work, resulting in a robot controllable by both the Wii nunchuck’s joystick or more interestingly its accelerometers. 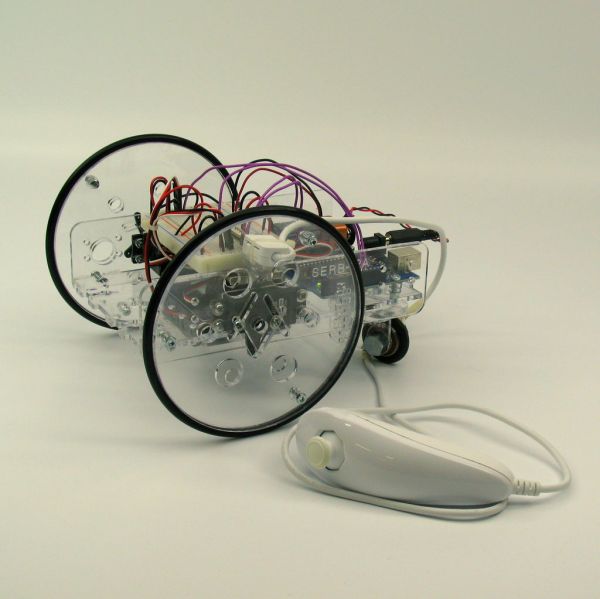 A quick video of my Arduino Controlled Servo Robot – (SERB) being controlled by a Wii nunchuck.

READ  Hacked roomba and arduino snowballs into a Eurobot 2013 entry

(if you have an Arduino nunchuck project you’ve completed drop me a line and it can be added here)
(shameless plug)
To check out more of our lovely open source projects – oomlout.com 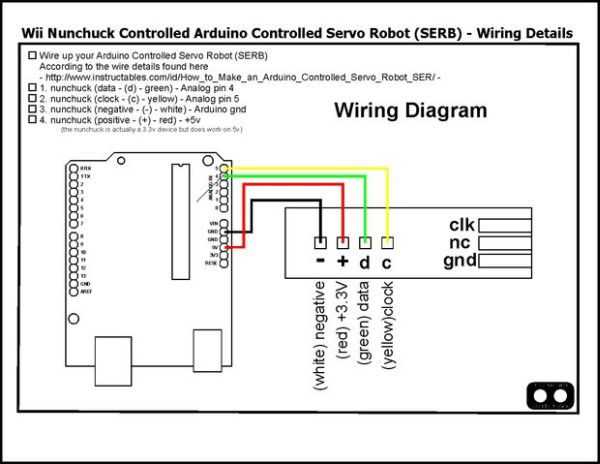 For more detail: Control Your Robot Using a Wii Nunchuck (and an Arduino)

HYBRIDPLAY is a new, revolutionary inclusive fitness game device for you and your children to engage in physical activity by...