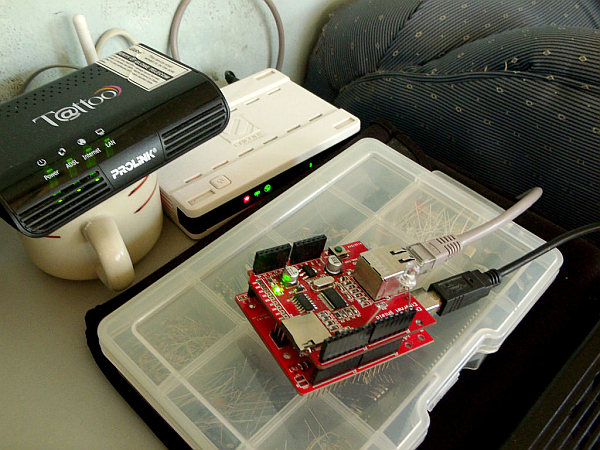 1) Arduino – You need a controller. I used Arduino since it is supported by MATLAB. For this project however I used, Gizduino, a locally made Arduino-based controller.

2) Ethernet Shield – You need a compatible Ethernet shield for your board. I used the ENC28J60 for my board.

3) Wi-Fi Router – To connect your Arduino which would be the means to communicate to your PC wirelessly.

4) LED – Any components to indicate communication between devices. For this project I used LED.

5) Printer Cable – To connect Arduino to your PC.

6) UTP Cable – To connect your Ethernet shield to the router.

Carefully connect your Ethernet shield to your Arduino. Avoid bending the pins.

Connect any components that could indicate communication between devices. In this ‘ible I used an LED. Will try to turn LED on and off wirelessly using MATLAB. I’ve connected my LED’s anode (long pin) to Digital I/O pin 6 of the Ethernet shield attached to the Arduino and LED’s cathode (short pin) to Ethernet’s GND. 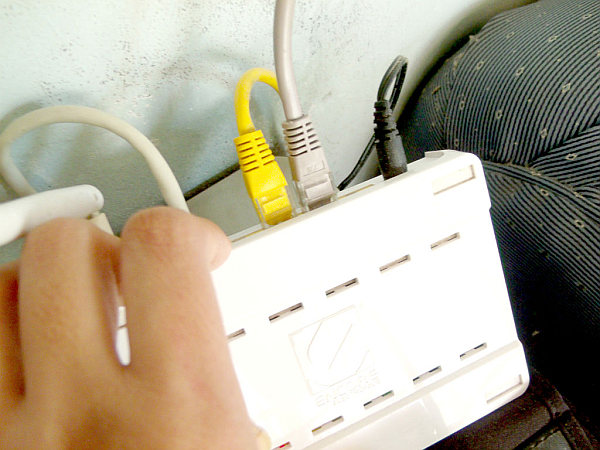 Plug-in the printer cable to your Arduino and connect to PC.

Plug-in UTP to your Ethernet shield and any of the LAN ports of your router.

I used Arduino 1.0 because of the Ethernet shield library compatibility. After opening Arduino 1.0, download the library and copy paste the content to the library folder of your Arduino 1.0.

Turn your Arduino into a 4 voice wavetable synth

Multiple synthesizer projects have been done for the Arduino, but few have been able to utilize the full power of...