This is a project I came up with that was inspired by my love for bacon! 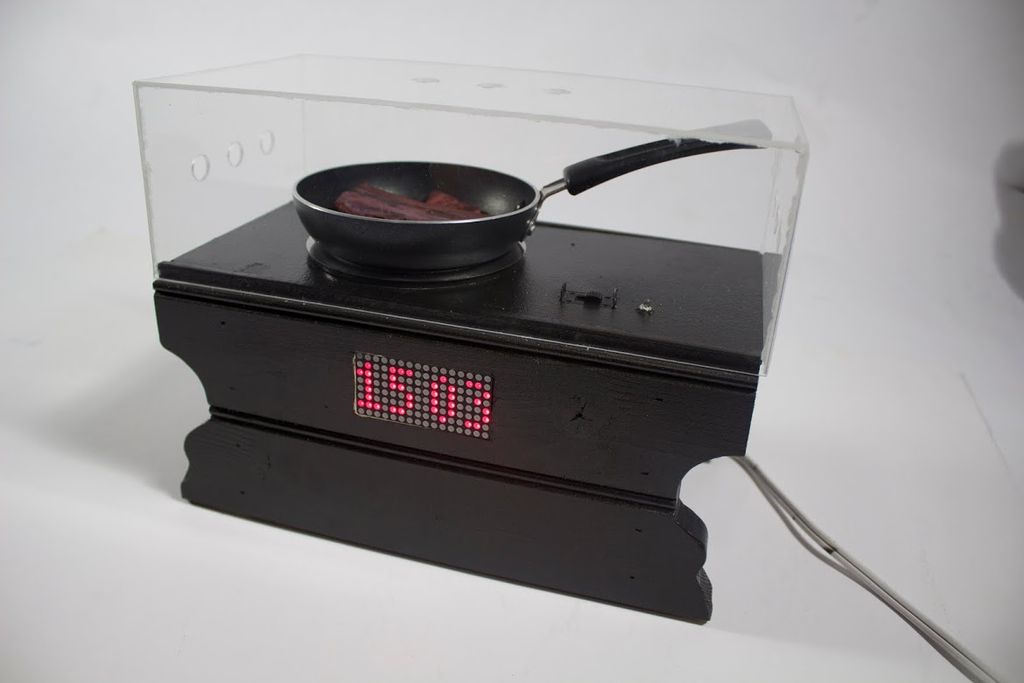 1. Arduino Uno (can be found at Newark/Element 14)

2. RTC ( Real Time Clock ) shield with Bluetooth -( You will also need an Android device with the Blueterm app )

13. Plexiglass to build your display box

I used a sketch found in another instructable for the Silly Clock. This is also where I was able to order my shields for the arduino.

Links to Sketch and Parts:

Once I was able to get all of my parts for the Arduino and had the sketch uploaded, it was just a matter of tweaking the code. Because the RTC shield had bluetooth, I was able to control the clock wirelessly with the Android app Blueterm. This can only be done with an Android device and will not work with anything other. Once you have connected to your device via bluetooth, you can control your alarm with these commands:

The alarm clock is also set to show colors as: 3 hours before wake-up time, color changes from green to orange; 1 hour before wake-up, the time is shown in red.

Next I took apart the Electric heating pad. The heating pad that I decided to use for my clock had an on/off switch which I decided to keep connected just to have the option of keeping it on or off regardless of the relay. I can also tell wether it is working or not by the small light that was attached to the switch. ( shown in the second and third photo ). 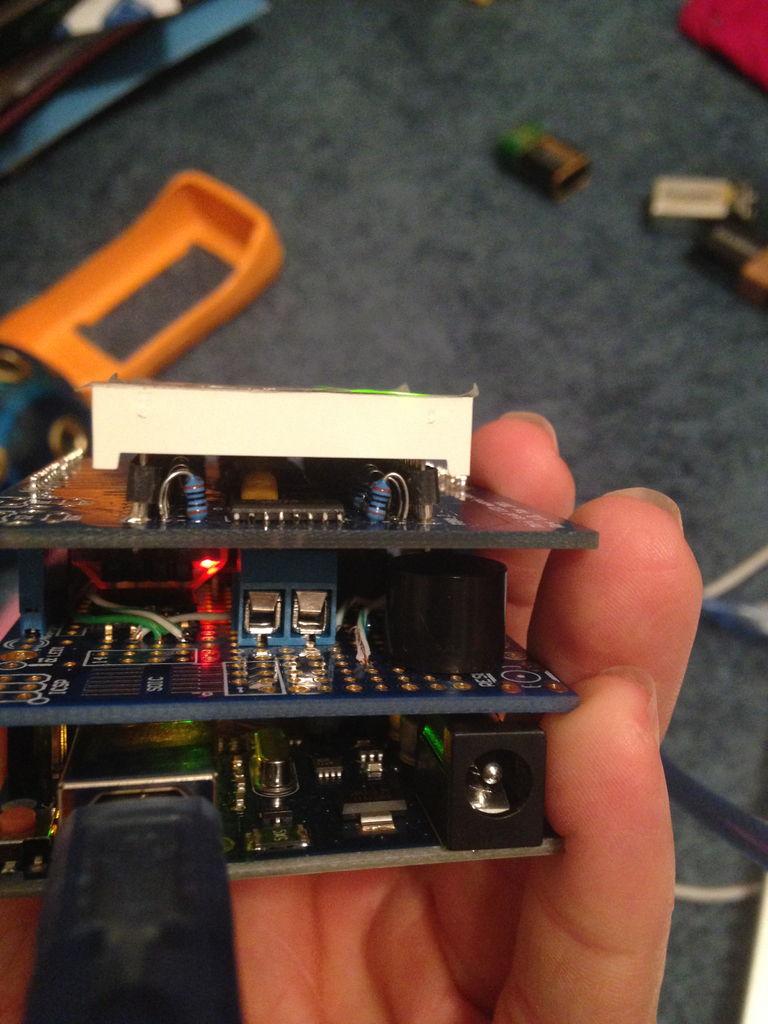 What I did for this step was I found some bakeable clay that could withstand the heat from the pad and wax. Once I formed my bacon strips, I baked the clay as directed.

My next step was to melt my wax beads on the Electric candle warmer and add my bacon oil. Go with your judgment on how much oil to add.

This can also be a good time trial stage for you to find out just how long it will take the warmer to melt the wax and put off a good aroma. Once you find out how long it takes to do this, note the time to later put in the sketch.

The USB Specification Evolves Other than generous helpings of coffee, what helps industry decrease time to market, drive down cost,...