The String functions charAt() and setCharAt() are used to get or set the value of a character at a given position in a String.

At their simplest, these functions help you search and replace a given character. For example, the following replaces the colon in a given String with an equals sign:

Here’s an example that checks to see if the first letter of the second word is ‘B’: 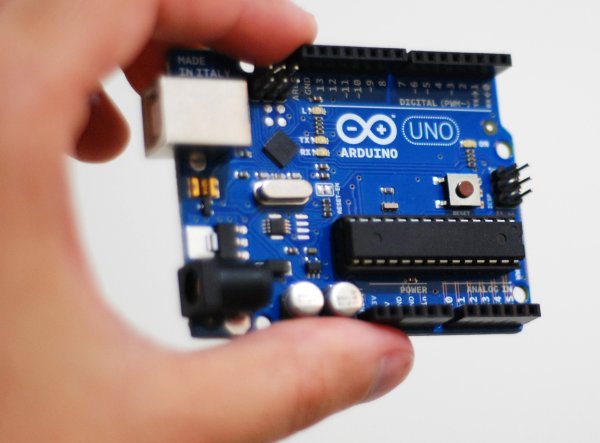 Caution: If you try to get the charAt or try to setCharAt() a value that’s longer than the String’s length, you’ll get unexpected results. If you’re not sure, check to see that the position you want to set or get is less than the string’s length using the length() function.

There is no circuit for this example, though your Arduino must be connected to your computer via USB.

The blimp is controlled by a transmitter on the ground, operated by a human. There are three control levers-- one...