Smart meters will only save 2% on consumers’ bills – an average £26 per household per year – according to the Public Accounts Committee (PAC) – a committee of MPs – which disagrees with the opinion of the Department of Energy and Climate Change (DECC) that smart meters will lower bills and make switching easier. 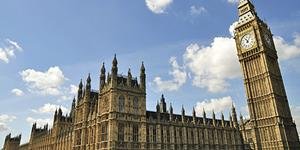 “The nationwide rollout is part of the government’s complete overhaul of the UK’s energy infrastructure which will revolutionise the market and support the development of smarter electricity grids. It will help reduce consumer bills, enable faster, easier switching and give households control at the touch of a button.”

Not so, according to the chair of the PAC, Margaret Hodge. “Despite consumers footing the bill, they can on average make a saving of only 2% on the average annual bill of £1,328 by the time the roll-out is complete,” said Hodge. “Even this is conditional on consumers changing their behaviour and cutting their energy use.”

Installing the meters will cost £10.6 billion at an average of £215 per household.

Households will be charged extra to cover the cost of the meters.

I ordered this awesome N|Watch kit the other day, which requires some serious SMD hand-soldering skills.There's always the easy alternative...