This test-of-concept model is based on the Arduino Pro Mini (ATMega168). It runs on a 1.5-V battery, using a voltage up-converter from Sparkfun.com. For a sensor, it’s using a 3-axis accelerometer on a breakout board, also from Sparkfun. 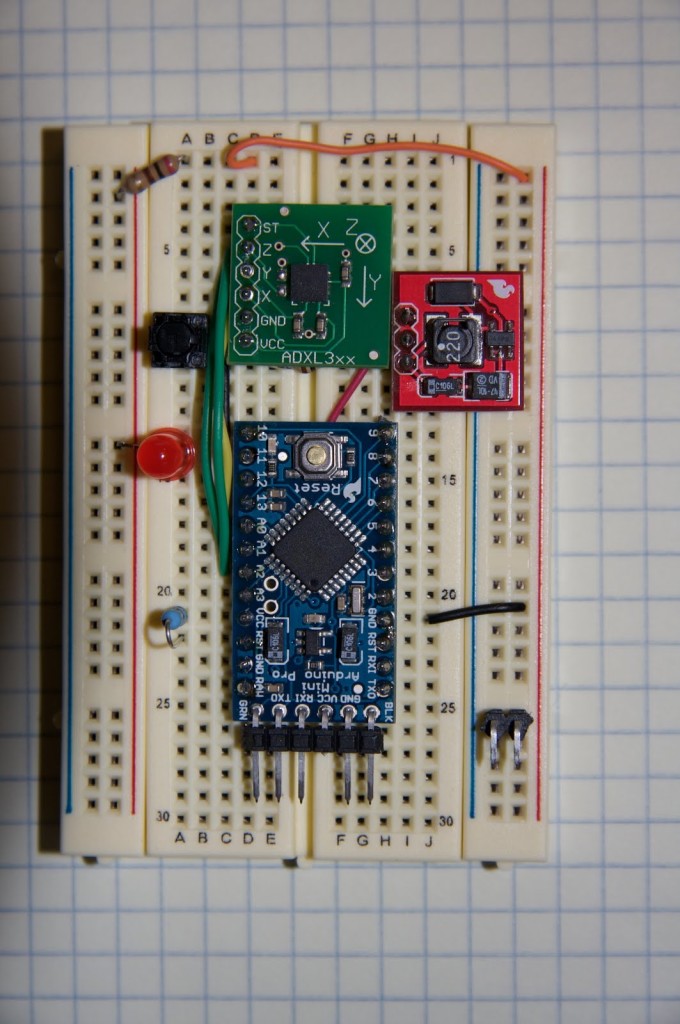 The corresponding computer program takes the data-dump from the Arduino and plots/saves it. I wrote mine in Python, but any language that allows communications via serial line —and they all do— will work fine.

The device has serious limitations, though. For starters, the A/D conversion on the ATMega chip is only 10-bit, so the precision of the measurement is limited to one part in 1024. More importantly, the memory of the ATMega is severely limited. There may be 16k or 32k of flash on the microprocessor, but that memory is not available to variables. The data has to be stored in the microprocessor RAM, which is only 1-2k depending on which Arduino is being used.

BaW-Bot Part 3: Adding Sight and Touch to the Bot

This is the third part of our BaW-Bot (Bells-and-Whistles Bot) build – 5 separate instructables that look into different Arduino-related...