Follows are directions for programming the ATtiny microcontrollers using the Arduino IDE. In plain English, this is how to program 8-pin Atmel chips as you would normally an Arduino. This is cool because the ATtiny is tiny, and – well – this allows you to make tiny things that don’t need a big ol’ microcontroller. 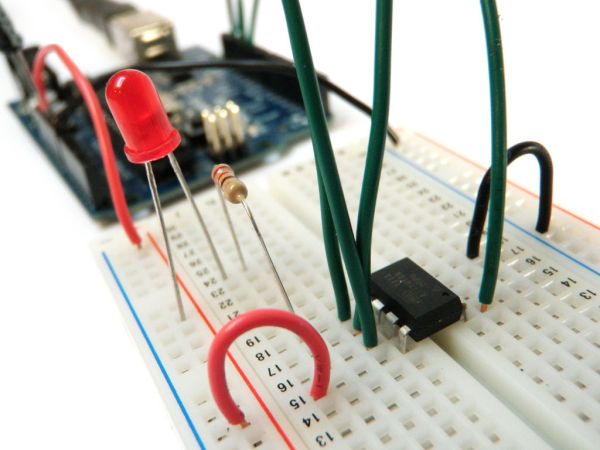 The instructions I have posted here are pretty much the same as instructions given by the incredibly awesome High-Low Tech Tutorial. I posted my version of the instructions here because I plan to make a couple of upcoming projects using ATtiny chips and figured I would show my process. 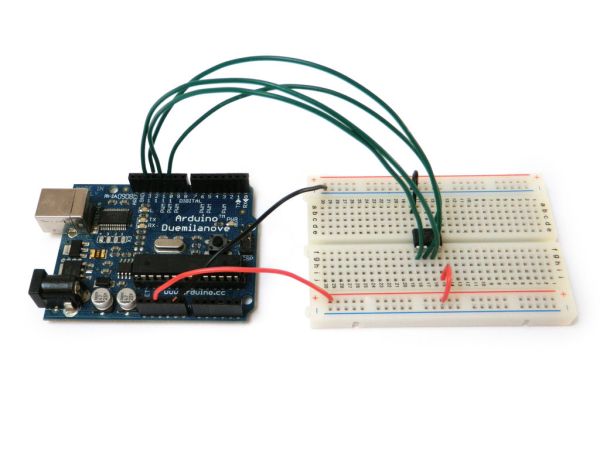 Connect the Arduino to the ATtiny as follows:

Select the “ArduinoISP” sketch from the “Examples” menu.

Upload the sketch to your Arduino as you would any other sketch.

Your Arduino is now configured as a serial programmer that can program other chips.

Put the 10uF capacitor between ground and the Arduino reset pin. Make sure to keep an eye on the capacitors polarity (ground to ground!).

It is rumored you only need this for the Arduino Uno, but I have found it helped matters to include it with earlier versions as well. If you find that it is not working in the next steps, simple remove it and see if that helps.

Take note of your sketchbook folder from the Arduino preference menu.

Create a new folder in your sketchbook folder called “hardware”

Then, go to this page and download the file: attiny45_85.zip

Unzip this file and leave it in the new hardware folder.

Finally, restart the Arduino programming environment. The new cores should now be loaded.

Note that there are also core files for a number of other ATtiny chips. This pageis a good starting point for interfacing with a wide range of them using the Arduino.

For more detail: Program an ATtiny with Arduino