For a class on technology in libraries, I had to create a project that used the LilyPad Arduino, and I chose to create a stuffed animal that sings “Jesus Loves Me” while lights flash with the notes. I made a fox, but the pattern to which I’ll link can be used to make a raccoon as well. 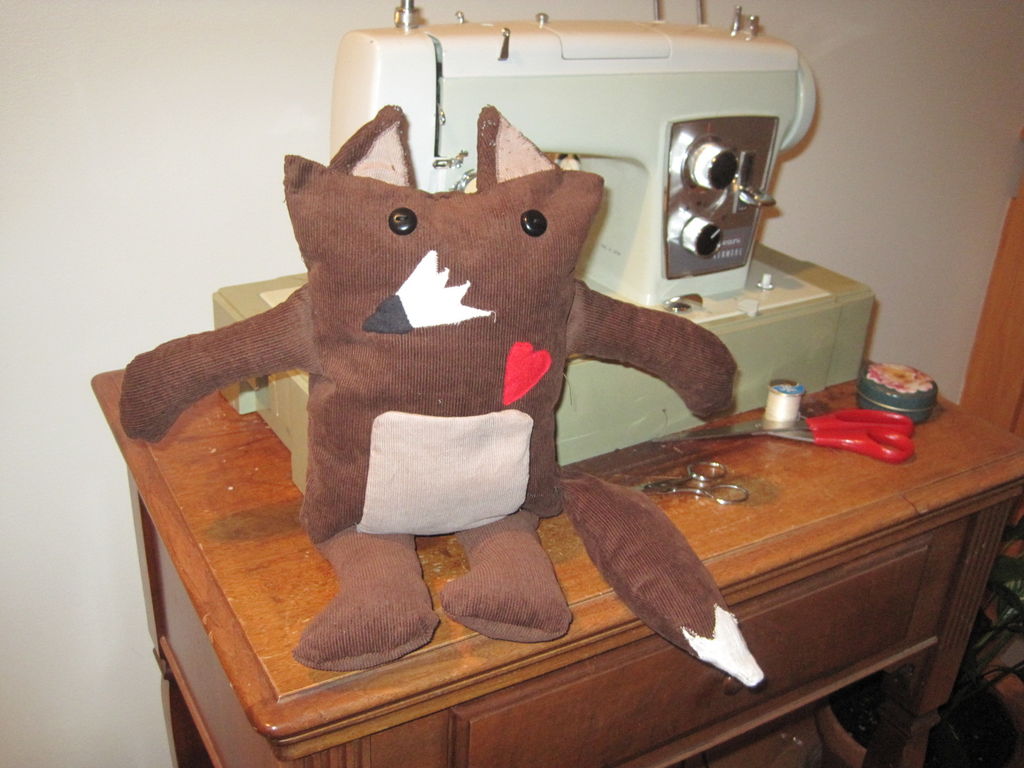 Note: All the items listed above are included in the ProtoSnap LilyPad Development Board

In order to program your LilyPad, you’ll need to install the Arduino IDE software as well as an FTDI driver on your computer.

I have never coded anything before, which made this the trickiest part for me. Before I began, I used Leah Buechley’s LilyPad Tutorials to familiarize myself with how the LilyPad worked. This taught me how to use the software, what the different terms in the code mean, what different sections are necessary when you write a code, etc. I recommend that you play around with these tutorials before you start to write a code for yourself.

I really wanted to have the stuffed animal play a song, and I thought it would be fun to have lights flash along with the notes. I used the setup for a song that Leah Buechley has in her tutorial. I wrote out the notes to “Jesus Loves Me” before I used this chart to assign frequencies to the notes, and I sang the song repeatedly to decide which notes needed to be longer/where to put a delay in the code. I tweaked a lot along the way, keeping multiple drafts when I changed things, and I tested it out continually as I worked, loading every version I tried onto the LilyPad with the Mini-USB chord. When I was happy with the song, I added “digitalWrite” instructions before/after each note to have different LEDs turn on/off with each note. The code is attached.

NOTE: I wanted to have the pink LED from the Tri-Color LED stay on throughout the song, and I found that to do that I needed to specify in the code that the light be on HIGH as well as on LOW. I don’t know why it works when the code is written that way, but it does!

It’s important to know where you’ll put the components of the LilyPad on the stuffed animal before you start, which is why it’s a good idea to draw it out first.

I used this pattern for a stuffed animal, adjusting the instructions slightly in order to incorporate the LilyPad.

The material that you use is up to you, but you might want to use a lighter material if you want the LEDs to be able to shine through the material. I used a thicker material, and I had to cut out holes for the lights to be seen. Use whatever colors you like! 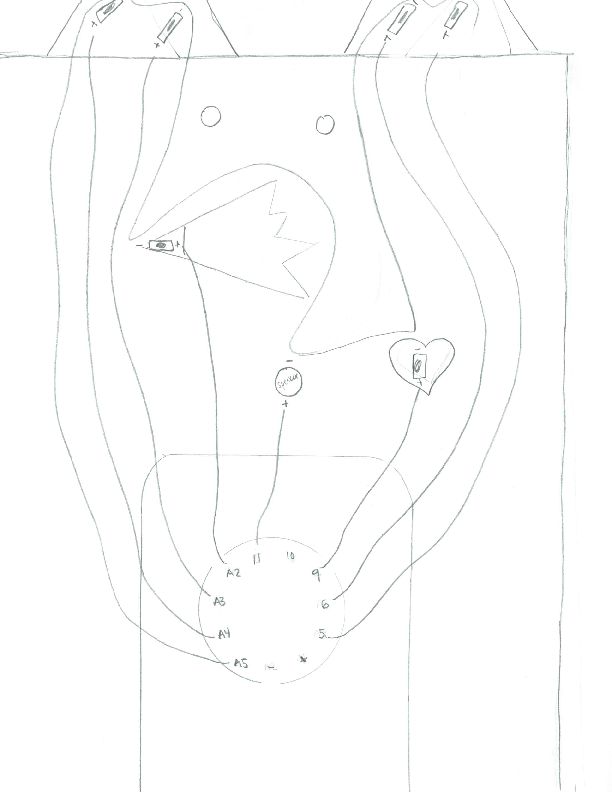