Skip to content
Not too long ago, I made my own version of the popular Wing Shield out of some spare parts and scraps of perf board I had laying around. Instead of the screw terminals that the regular wing shield uses, I used some female headers that I soldered to some Arduino stackable header pins. This time I did something a little different and it makes the new ones much better.

I figured out that I can bend the pins on the bottom of the female header pins and make them 90 degree female headers. I can then make the points that need to be bridged with solder much closer than they were in my last attempt. This makes them a lot easier to make, but it also makes them much easier to use. The stackable headers remain the same, but the female header now lays down so that you have easy access to all of the Arduino pins, regardless of what kind of shield you have on top. 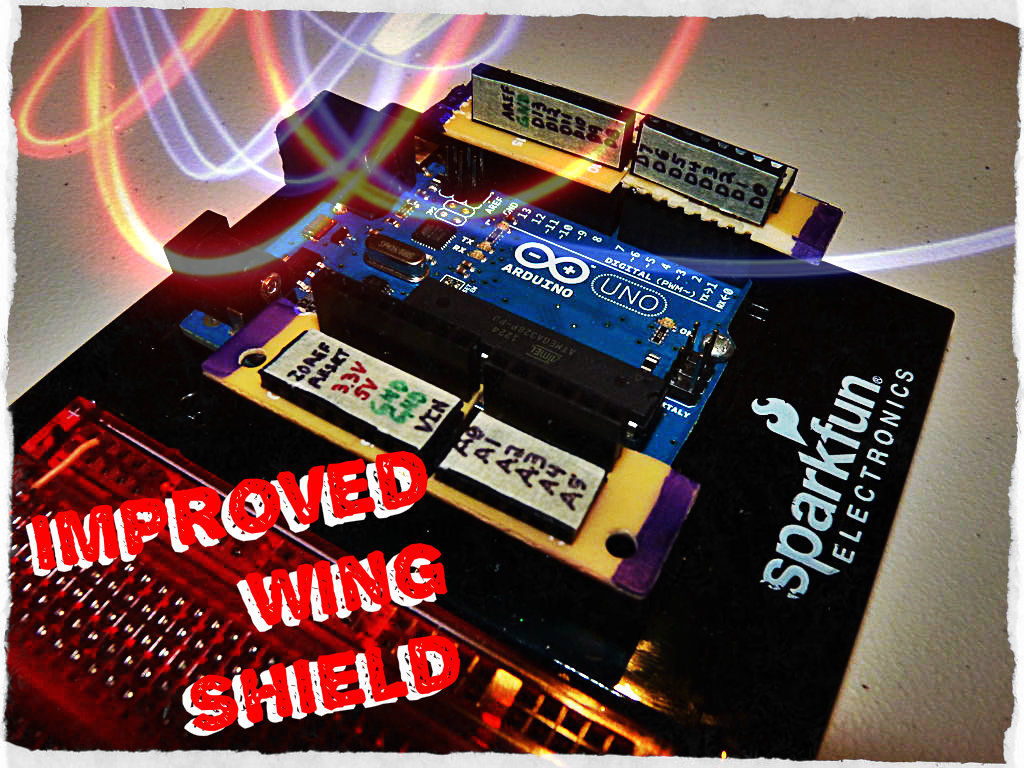 To top things off and make these as ideal as possible, I started with the Arduino R3 stackable headers, which are a little longer and give you every pin, even the reset, IOREF and AREF pins. I like to use masking tape to mark the pins when I use female headers and with these I was able to mark the inside and outside so I don’t have to take everything apart to see the markings on the Arduino board.

I like to trim the perf boards so there is a tab on one side that I can easily grab to pull the headers back out of the Arduino board. I also wanted to make sure the new 90 degree headers had support from the perf board, so I needed the pieces to be at least 4 holes wide.

I cut and trimmed the female headers to match the length of the R3 headers. I then bent the leads on each header so that they would be at a right angle.

When I solder header pins of any kind, I don’t use my helping hands anymore. Instead, I like to tack solder once I have the part aligned where I want it. To do this, I will hold the perf board and the header together and peel the solder off the spool a little bit. I touch the end of the soldering iron to the solder strand and get a little on the iron’s tip. I touch the iron to the joint of the header and the perf board and it will hold everything in place while I make the other connections.

If you do it right, that first tack solder will be perfectly aligned and the rest is easy. If you didn’t do it right, touch the iron to the solder again and then realign the header. 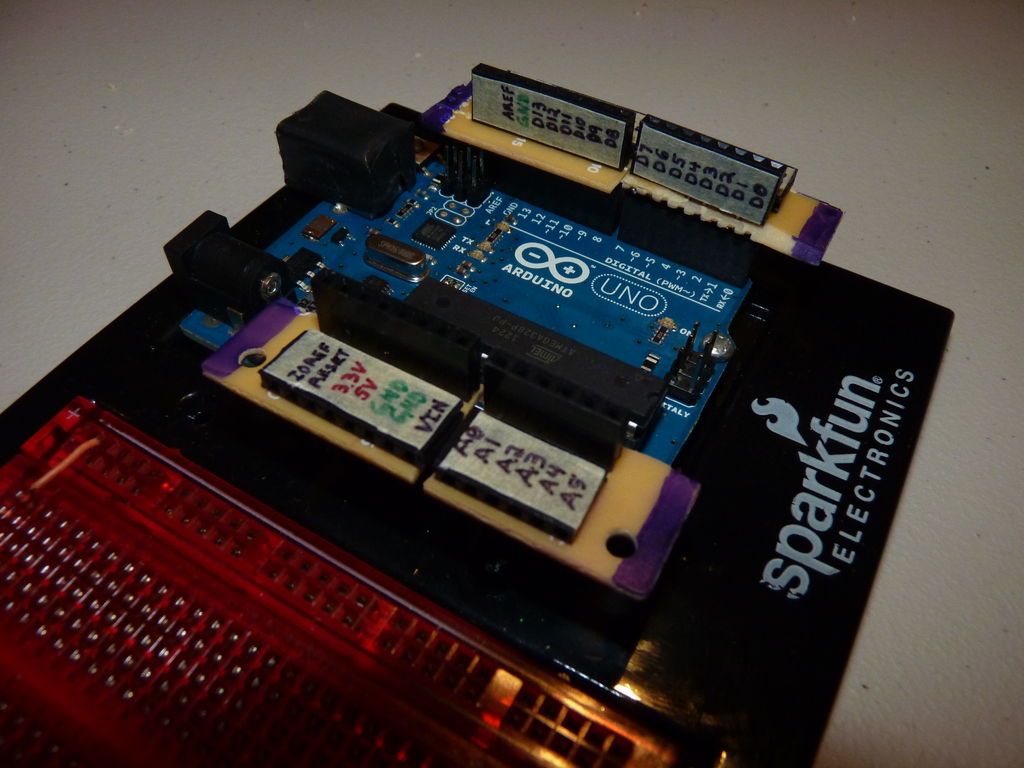 I marked the ends of my previous ones with green permanent marker, this time I used purple so I can tell them apart. I cut little strips of masking tape and stuck them to the stackable headers and the female headers. Then I just copy the Arduino pin names onto the extensions with a fine point permanent marker.
For more detail: Improved Simple Wing Shield using arduino