Skip to content
In this critical making project, we will be making a personal iDial, which will give you, the wearer, the ability to reflect on your personal identity in a private space, and then spatially and temporally dislocate your ‘private self’ into public conversation!

You might be thinking, ‘this device looks ridiculous’. Well, that’s the point. This iDial is a ‘post-optimal device’ (Dunne, 2006). It doesn’t have to be a perfect, seamless, invisible example of wearable and ubiquitous computing that fades into the background of our lives. Instead, it is meant to call attention to the seams, call attention to itself and the way wearable computing is changing our relationships and conversation. This is a design for homo ludens (Gaver, 2002). Make it playful. And as you are making it, make sure you play with the ideas as well!

The actual making of this project is easy. You shouldn’t have any trouble putting it all together. The ideas, however, are a bit more challenging. Really, if you just read the instructions to make the device without reading and engaging with the ideas, you might be a bit underwhelmed! But, if you can tap into some of theory behind our idea (see the work of Anthony Dunne, Fiona Raby, Carl DiSalvo, Matt Ratto, David Philips, Bill Gaver and more!) we think you’ll encounter some deep thought on the nature of wearable computing and technology’s potential to augment or hinder the public negotiation of private identity. 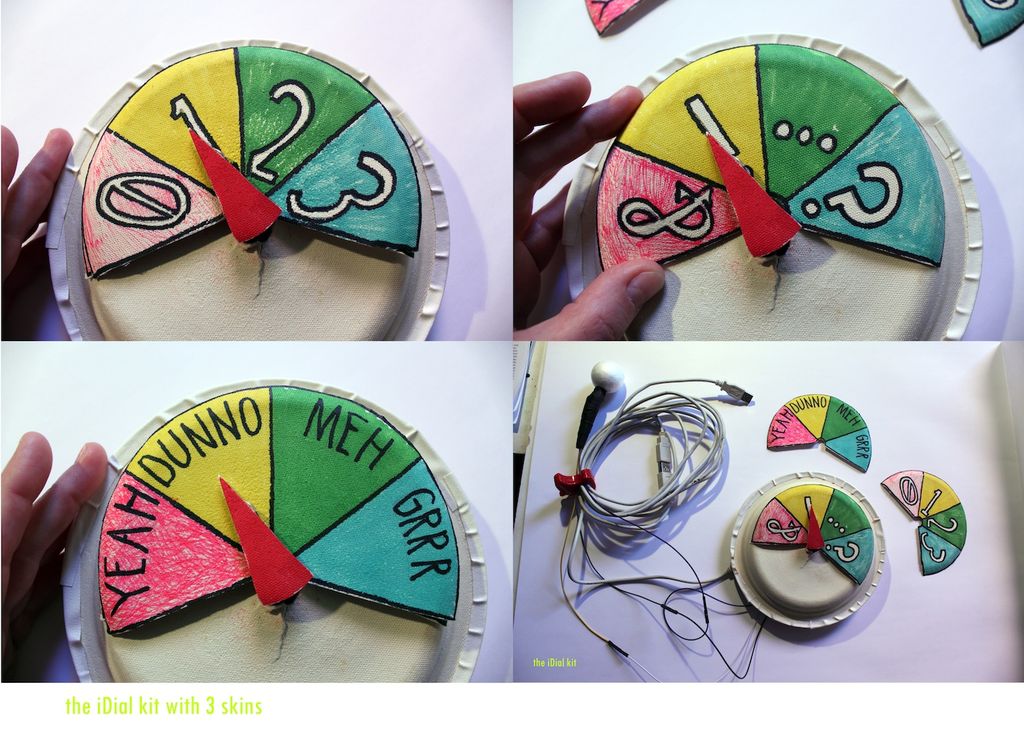 And keep in mind, the iDial does not solve any problems. It creates new ones!

CONCEPTUAL (bibliography)
Seek out these papers! First, we’ve listed required readings for a full understanding of this project. Then there is a list of supplementary readings to get a better understanding of the fundamentals of Matt Ratto’s concept of critical making.

Please, do your best to find this stuff. These are as important as the hot glue! If you’re not at an academic institution, give Google Scholar a try–sometimes you can get around the paywalls.

Latour, B. (2008, September 3). A Cautious Prometheus? A Few Steps Toward a Philosophy of Design. Keynote lecture presented at the Networks of Design Conference- Design History Society, Falmouth, Cornwall.

DIGITAL
And finally, here’s our code. As you can see, pretty basic. It’s a slightly tweaked “Sweep” from the Arduino example library. Feel free to copy and paste!

Before you begin, think awhile on these problems. You’ll understand where we are coming from, and your conceptual juices will be flowing for when we ask for your input later on in the process.

The iDial was made for Matt Ratto’s Critical Making class at the University of Toronto’s iSchool. We were challenged to make a wearable technology that displays private information in a public space.

The crux of our thinking about this project is David Phillips’ chapter “Ubiquitous computing, spatiality, and the construction of identity” in Lessons from the Identity Trail: Anonymity, Privacy and Identity in a Networked Society (pp. 303–318). We wanted to make a technology that gets at the issues of what is private in a public conversation, and how technology could mediate, hinder, or augment the sharing of this private information.

The iDial is not a solution to craft better communication system between people through a wearable device – it investiagtes what happens to a person’s ‘identity’ when filtered with a technology. And what affordances or constraints does that put on the self in the social situation? 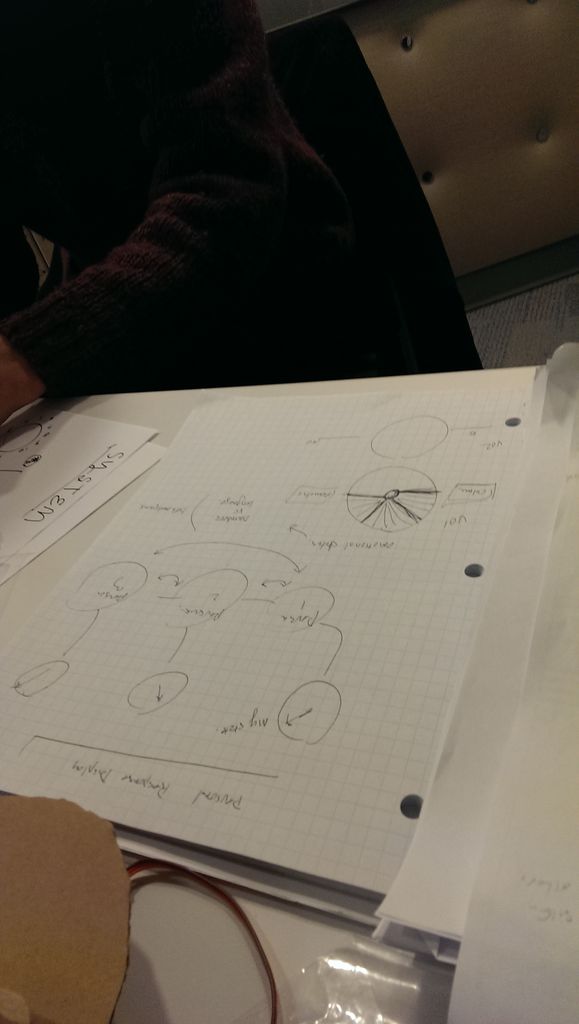 Step 4: Setting up the hardware

Building the Dial
1. Cut hole in the centre of the back of one of the desert plates.
2. Push and secure the servo through the hole.
3. Attach arm indicator to servo. Feel free to attach a more obvious and playful indicator of your own making.
4. Secure a styrofoam ball to the knob of the potentiometer for easier control.
5. Hot glue two alligator fasteners to back of dial.

Be creative with this part! Make it colourful, large, and playful. The iDial is more about reflection and negotiation than authoritative identity. This device leverages the power of ambiguity. It is evocative. If you read Bell and Dourish’s article about ubicomp, you may agree with us (and them) that we are often less critical of systems that fade into the background of our lives. The iDial is not hidden or discrete. It’s exaggerated!