There are quite a few geiger counter instructables. The difference with this one is that I wanted to give it a modern interface, similar to smart phone touch screens, that anyone would feel comfortable using. The reason for this is that I want to use it as an educational tool to teach kids (and interested adults!) about radiation and how it is a natural part of the environment.
Check out the video to see what I mean. 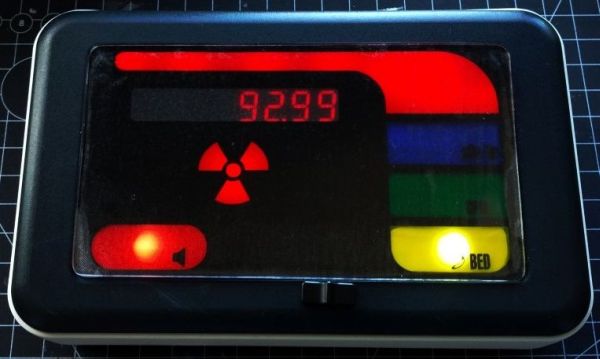 From a technical point of view this project has a few interesting aspects.

I don’t consider this project to be too difficult if you can solder, upload Arduino code and are prepared to experiment (which is the fun part anyway!)

It’s only been roughly calibrated.  But the circuit is robust enough to be pretty accurate with proper calibration and perhaps some tweaks to the software. 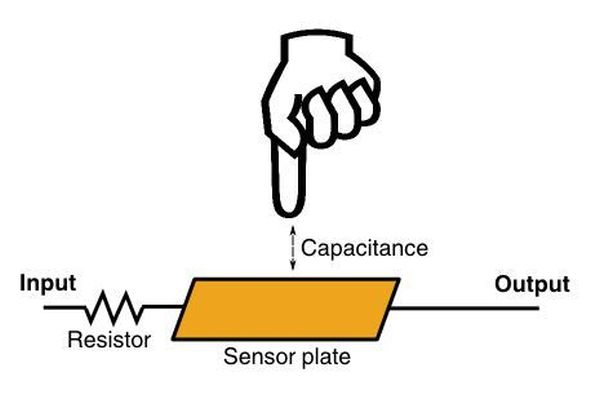 Capacitive sensing uses the capacitance between the sensor and the human body to detect if a button is activated. (I almost wrote “button is pushed” but this is a proximity sensor. No physical force is required. Pretty cool!)

How it works is there is an input and an output with a resistor and a conductive plate or foil between them. A voltage is applied to the input and the time taken for the output to reach the same voltage is measured. If a finger or other conductive material is close to the plate there is a capacitance which slows down the time taken for the output to change voltage.

The time taken is defined by this formula:
T = R x C
where T is the time, R is resistance and C is capacitance.

A particularly sensitive sensor can detect when a finger is several centimetres from the plate.

This is all well and good but there are issues that need to be taken into account when designing these sensors.
Stray capacitance can be generated by other parts of the circuit which can affect the sensor. This can be dealt with in the following ways:

I experimented with all these but in the end found that simply moving the sensor plates further from the circuit board and adjusting the detection threshold worked best for me.