Skip to content
Are you a musician, music amateur, electronic bricoleur or maker who makes music by creating your own instruments and tools using Arduino?
We are looking for your music tracks to be presented in a radio program entirely dedicated to (DIY) music made with Arduino based synths and instruments.The program is scheduled within the GwenFestival program, an international music and radio festival organized in Chiasso (TI, Switzerland) during April 2013. 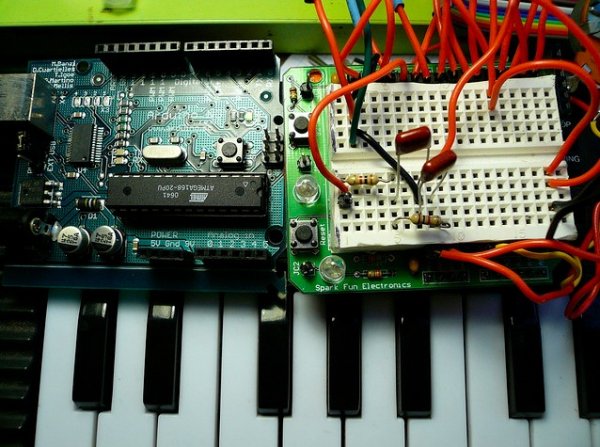 Gwenfestival is promoted by Radio Gwendalyn, an on-line independent radio located at Chiasso railway station (during the festival, from April 1st to April 30th, Radio Gwendalyn will use a FM frequency to transmit its music program).
The program will be on air on saturday 13 and sunday 14 April, from 17.30 – 18.00.
How to participate:
Tracks  should include at least an instrument or synth made with Arduino and they will be selected according to few parameters:
– quality of the sound design and music;
– originality of the implemented solution;
– originality of the process or production story.
For more detail: Call for Arduino music at Gwendalyn Festival 2013
Categories: News & Updates
Tags: arduino, music, news