Skip to content
Bobble-heads!!! Every sports fan loves em, but they’re kind of boring, just sitting frozen on your shelf 🙁
I thought it might be fun to create an Automatic Bobble-head Bobbler something that can wake that old bobble-head up and get him nodding away. I finally found time to get one working just in time to be a Christmas present (and of course be the subject of a new Instructable).

Concept phase: I first thought I would use an off balance vibrating motor for this project. They are easy to find or make, and inexpensive. But the type I found, simple hobby motors, were just too weak to move a heavy bobble-head, so I moved on to an inexpensive Servo ($2.82 from eBay).
I also thought about using a sound sensor or a motion sensor for this project, but a friend worked out a scheme for hacking any basic IR remote first using an Arduino and then a less expensive ATTiny85 IC (that version of the bobble-head bobbler will be next) 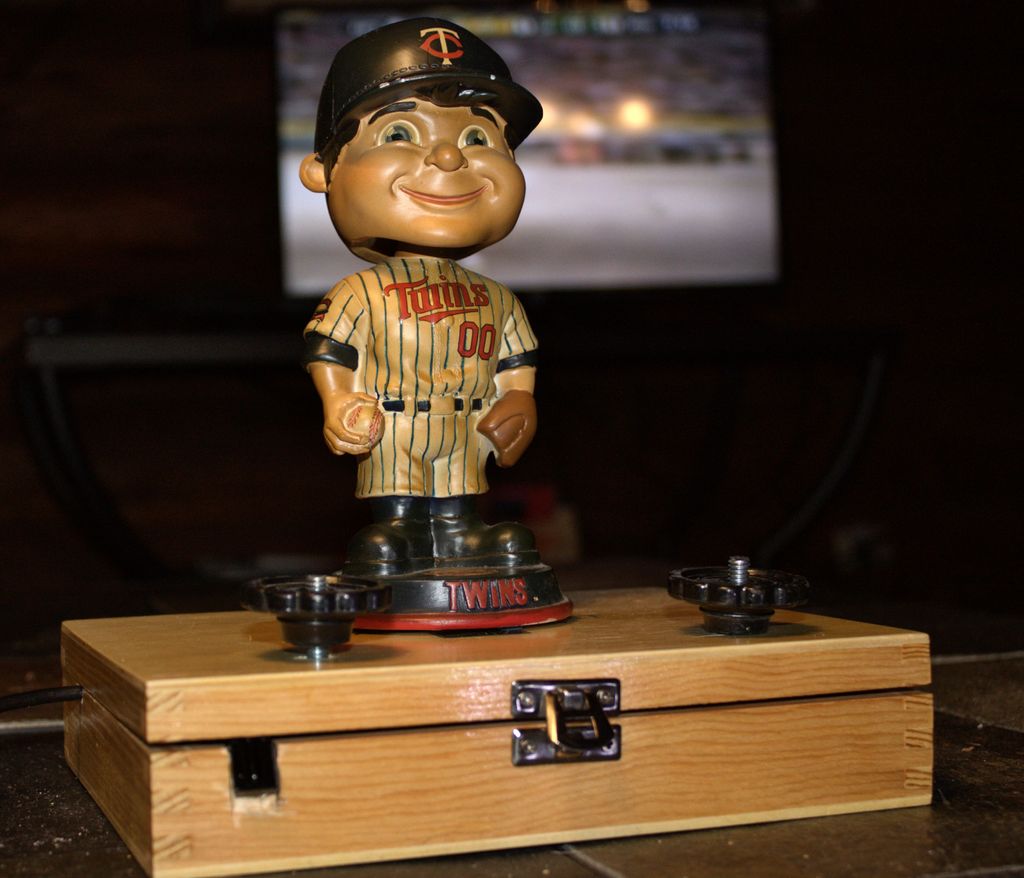 Video of the Bobble-head Bobbler in Action

Step 1: The Schematic and Code for the Bobble-head Bobbler

The Code:
In the first Tutorial there is a section that shows you how to read an IR Commands. I used a GE Remote Control and using the tutorial was able to trap the output for the buttons I wanted to control on the device. The output of the tutorial program is an array that can be used in an If- then-else loop waiting for the right buttons to be pressed. The bobble action in this routine happens when the user presses the #1 button on the remote. You may also find it handy to add an LED to blink while debugging this ir decoder, for testing or just for fun.

The Wiring:
The basic schematic is shown here. Just connect the yellow output wire of the IR sensor to digital pin 2, and also connect it to ground and 5V power. Hook the Servo up as follows

Remember, the array One_IRSignal[] needs to change slightly based on the output of the remote control you’re using.