I’m teaching “Electronics for Scientists” this semester, and I wanted to allow each student to have their own Arduino to play with for microcontroller lab exercises and possibly use for their final projects. The Arduino is not very expensive at roughly $30 per, but they add up quickly when you have a whole class of students needing one each. I’d been buying enough electronics equipment over the course of the semester that my department chair was showing an involuntary tic any time I knocked on his office door… So I built my own. They are a stripped-down variant of the Duemilanove. 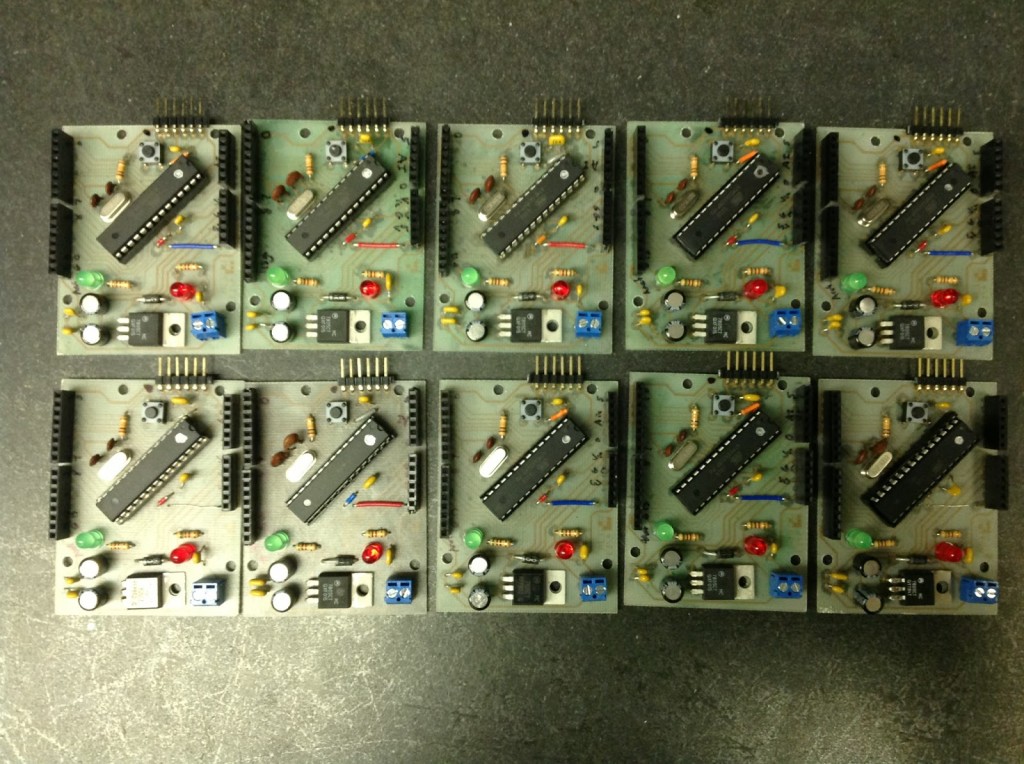 None of these down-sides are significant for this application. The requirement of FTDI cable is inconvenient, sometimes, but I have 3-4 of them in the lab and students share them without too much squabbling.

My grader, Lena, did most of the drilling and soldering work. She’s graduating next week, and I’ll miss her, but the graduate program in Nuclear Engineering at University of New Mexico is going to be thrilled. 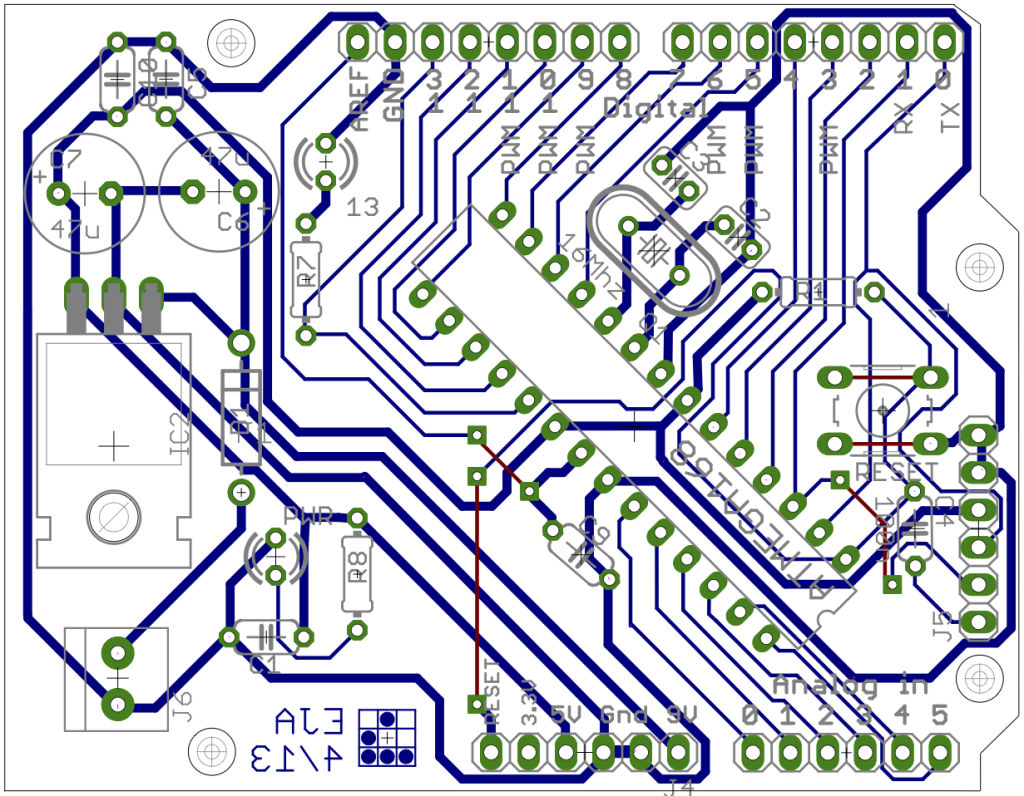 If you want to make your own single-sided Arduino variant, and this set of pros/cons is acceptable to you, here are the EAGLE files. One of the smart-asses in the electronics class immediately dubbed it the “Ayrduino”…

Note: the Arduino design, on which this is based, is licensed under the Creative Commons Attribution-ShareAlike 2.5 license; so this is available under that same license as well.

An RGB LED and 3-axis accelerometer enable thousands of applications without requiring any modifications. Create a motion alarm to warn...