Problem: So my nutritionist (doesn’t everyone have a nutritionist) suggested I should increase my exercise which primarily consists of walking my dog. She even gave me a chart of activities and calories burned. Here’s an example.
http://www.nutristrategy.com/caloriesburned.htm
Well, being a LAZY OLD GEEK, I decided to monitor my walking electronically. 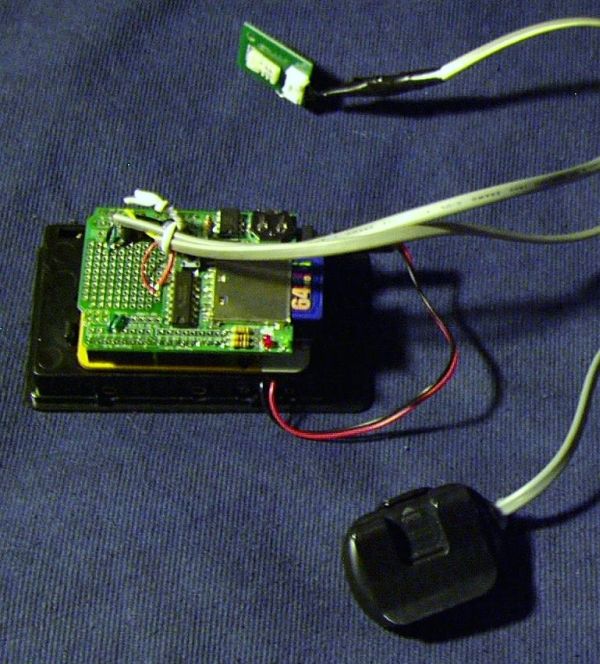 Solution: It was a “long and winding road” but here’s the finished product. It’s not very elegant but it does the job. The Arduino attaches to the pedometer which counts my steps and records steps plus temperature and humidity and time to the SD card.

The total is about $63. Yes, it’s costly but the Arduino stuff can be used for other projects.

I recently built an Arduino with LCD to measure temperature and humidity while taking our walks.
http://www.instructables.com/id/Arduino-Nokia-LCD-Sensors/

Problem: I decided to extend this concept. The problem with using the LCD is that it’s not easy to use or see, especially when wrestling with my big dog, Marcus.

Solution: Recently I received an Adafruit datalogger kit for my birthday.
http://www.adafruit.com/index.php?main_page=product_info&cPath=17_21&products_id=243
See picture. This Adafruit kit is well designed and uses quality parts. As with all Adafruit products, the assembly instructions are excellent. For a LAZY OLD GEEK I really appreciate the quality of the PCB which makes soldering and unsoldering easy. Another nice feature is the real time clock with battery. Highly recommended.

I used an Adafruit 6 AA Battery holder because it will work with rechargeable batteries. It is a lot bigger and heavier than a 9Volt holder, however.
http://www.adafruit.com/index.php?main_page=product_info&cPath=38&products_id=248

For logging data, you need an SD card. Adafruit recommends 2gB or less and not SDHC. 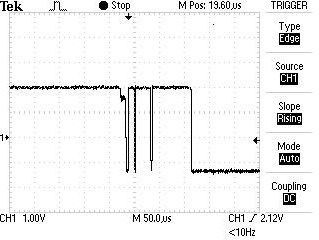 The Arduino-clone, Freeduino and the temperature-humidity sensor are the same ones used in the previous Instructable.

Problem: How to monitor walking. My first idea was to use the GPS, I have.
http://www.instructables.com/id/GPS-for-Lazy-Old-Geeks/
Well this GPS has a USB output. I tried various methods/schemes to interface this with my Arduino but had no success. Also my experience with my GPS is that it is not that accurate for short distances. It would probably work if our walks were long straight distances but walking with Marcus is very convoluted. He follows his nose and we encounter a lot of rabbit and field mice smells. And he is big, so I mostly follow.

Solution: I decided a pedometer was a better solution. It’s pretty easy to interface and keeps track of steps. My pedometer was a gift but our dollar store sells pedometers that will probably work as well as the one I used.

I connected the sensors with telephone wire.

The pedometer I used is an Accusplit x 120. It is available from Amazon.com. See picture.Most pedometers use the same basic design. A little weighted arm is held up by a tiny spring. When the user walks, the hip movement and gravity lets the arm drop down closing an electrical contact.
See first green pedometer picture.
Warning: When opening up the pedometer, be very careful as there usually is a tiny spring that can come off and get lost. That’s what happened to this one. On this one, the spring went from the bottom metal plate to the metal arm. The spring was part of the electrical circuit that connected the bottom plate to the arm.

When the user steps, gravity forces the metal arm down so that it touches the upper metal plate and electrically shorts the two metal plates together.

Procedure:
Take the cover off the pedometer. It may use screws or mine opened with a twist of a coin.
Carefully turn on the pedometer.
Take your DMM, set it to VDC.
Place the black-negative lead on the bottom metal plate, place the red-postive lead on the upper metal plate.
Measure the voltage, it will probably read about 1.2 VDC
If it measures -1.2VDC then switch the two leads.If you want and are dexterous, while holding the probes on the pedometer, move the arm down so that it touching the top plate. The voltage should read about 0 VDC.
Black pedometer:
For the pedometer I used, the design is a little different. See picture. The arm is plastic and has a little magnet in it. You should be able to see the little curved spring holding the arm up. On the right is a little glass tube with two leads in it. This is called a reed switch. When the magnet comes close to it, the two leads inside are shorted together so the results are the same as the green pedometer.
For the electronically inclined, the little black cylinder under and to the right of the reed switch is a capacitor. This (I assume) is a hardware debounce component.The procedure is the same but you measure the voltage across the reed switch. In this case when I had the black lead on the bottom, it read -1.2Vdc. See picture, so I had to switch the leads with the black on top.

Procedure continued:
Cut a length of two wire cable, I made mine about three feet long. I used an old phone cord. This one had two wires, most have four. Solder the ground wire, usually black or in my case, green to where the negative lead of the DMM was. In my case, it was the top of the reed switch. Connect the other wire (red) to where the red DMM lead was, in this case the bottom of the reed switch