The Arduino Wireless shield allows your Arduino board to communicate wirelessly using Zigbee. This documentation describes the use of the shield with the XBee 802.15.4 module (sometimes called “Series 1” to distinguish them from the Series 2 modules, although “Series 1” doesn’t appear in the official name or product description). 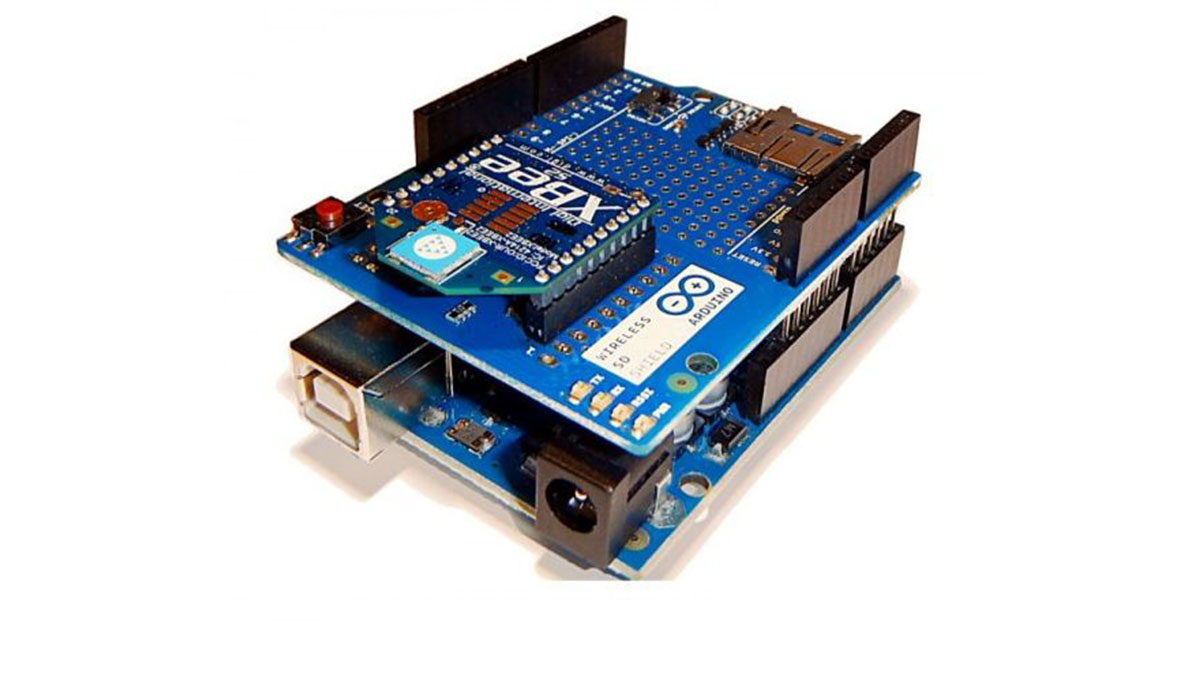 You should be able to get two Arduino boards with Wireless shields talking to each other without any configuration, using just the standard Arduino serial commands (described in the reference).

To upload a sketch to an Arduino board with a Wireless shield, remove the Xbee. Then, you can upload a sketch normally from the Arduino environment. In this case, upload the Communication | Physical Pixel sketch to one of the boards. This sketch instructs the board to turn on the LED attached to pin 13 whenever it receives an ‘H’ over its serial connection, and turn the LED off when it gets an ‘L’. You can test it by connecting to the board with the Arduino serial monitor (be sure it’s set at 9600 baud), typing an H, and pressing enter (or clicking send). The LED should turn on. Send an L and the LED should turn off. If nothing happens, you may have an Arduino board that doesn’t have a built-in LED on pin 13 (see theboard index to check for sure), in this case you’ll need to supply your own.