Skip to content
**** ENTERED IN THE HURRICANE LASERS CONTEST****
What would I do with a Laser Cutter? Build Simple Robotic Kits to teach people a Hobby that I Love.Ever wanted to make some money from your projects?
This Instrutable will show you how to Simply interface a coin selector with your Adruino.
And also how to then connect that to your Visual C# Project.
Then it’s all up to you and that great idea you have, if it’s electronic or a program/game,
The Buck Starts Here. 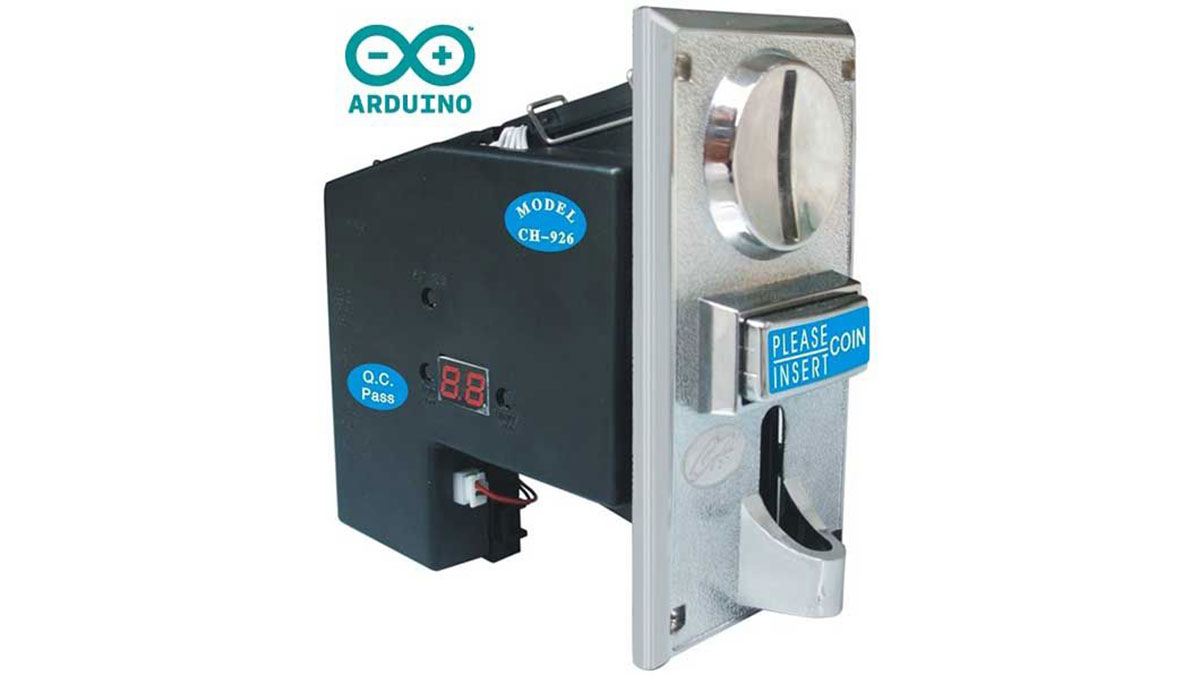 For your Coin Selector to know what type of coins it accepts, you have to set it up and then feed it samples of those coins.
It is recommend to sample at least 15 coins of the same type, up to a maximum of 30. Don’t feed the same coin through 30 times, it’s make the selector to fussy about what it accepts.

Power Up the unit with a 12v supply.

You have now setup the first coin, depending on how many coins you selected in step 2, you’ll have to repeat Step’s 3 to 5 for each one.
The letter “A” will appear when you’ve setup all the coins. Hold “SETUP” for 3 seconds to finish, the letter “E” will appear.
Finally, switch the unit off and then back on.

1.  Hold the “SETUP” button down for about 3 seconds, release and then the letters “A1” will appear on the LED display. This is your first coin (5p/c)
2. Feed the Coin Selector your sample coins, the LED display will show the amount of coins you’ve entered. “A1” will appear again when finished.
3. Hold the “SETUP” button down again for about 3 seconds, release and then”A2” will appear, repeat these steps until all coins are sampled.

If your not using all of the coin types available (eg 5 coins of a 6 type coin selector) the unit will ask for samples of a coin type you haven’t setup, just hold the “SETUP” button down for 3 secconds of each of the remaining coins.

The Coin Selector restarts itself and is now ready to connect to the Arduino.

Microsoft Visual Express 2010 C#: Free Download, Scroll down until you see the correct option.
Note: Only needed for a coin operated Program, Not electronics Projects.[/box]