To establish a communication or interaction with Deaf and Mute people is of utter importance nowadays. These people interact through hand gestures or signs. Gestures are basically the physical action form performed by a person to convey some meaningful information. Gestures are a powerful means of communication among humans. In fact gesturing is so deeply rooted in our communication that people often continue gesturing when speaking on the telephone. This is a system which translates hand gestures to speech through an adaptive interface. In this project we take up one of the social challenges to give this set of mass a permanent solution in communicating with normal human beings. Basically in this we are going to capture analog signals from different sensors and try to convert it into desired visual and sound output according to signs.Collect this all 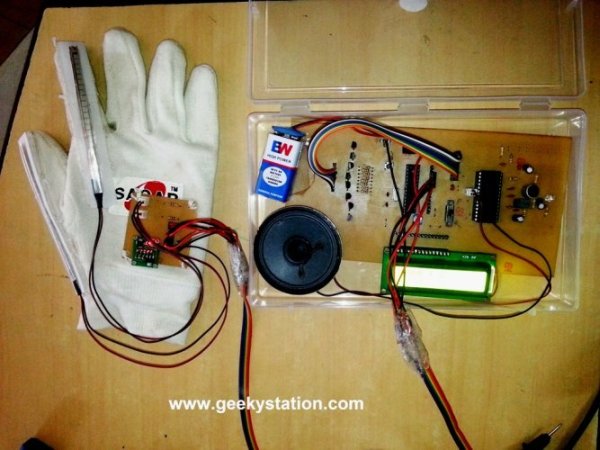 In this system two flex sensors are needed. Flex is a resistive sensor which changes its resistance according to bend. simple two pin sensor for testing it guys just put your multimeter in resistance mode and feel change in resistance. But we cannot use this sensor as it is so we need some kind of driver circuit the voltage divider bias circuit simple one resistor of 10K and connecting wires. connections are very simple follow schematic.

ADXL 335 is a board come with ADXL 335 ic and all supporting components which required for conditioning of a signal. It is 5 pin device again depend on manufacturing varies in pin configuration. In our case we going to use only four pins VCC, GND, X axis and Y axis. Again follow schematic for connections.

READ  How to Control a Nixie Tube With an Arduino

The APR33A3 device offers true single-chip voice recording, storage, and playback capability for 680 seconds. The device supports both random and sequential access of multiple messages. The device is ideal for use in portable voice recorders and many other consumer and industrial applications. Non-volatile Flash memory technology where each memory cell can store 256 voltage levels. This technology enables the APR33A3 device to reproduce voice signals in their natural form. It eliminates the need for encoding and compression, which often introduce distortion. 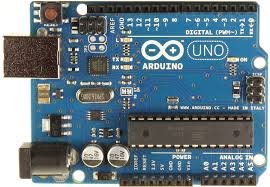 Conversion of gesture into speech will be displayed on LCD display. Size of display is depend upon our requirement. Here we are using 16X2 LCD Display for connections follow schematic.

Here we are using Arduino UNO R3 but guys u have an option of making your own breakout board using Atmega 328, 168, 8 According to your application but don’t forgot to burn bootloader without that u never gona burn any code from Arduino board (To burn bootloader in blank chip please follow our link HOW TO BURN BOOTLOADER IN ATMEGA 328) next for connections refer circuit diagram. If you are using Atmega 328/168/8 with own made board then follow this pin mapping and compare it with standard Arduino.