Recently Californian startup Chirp Microsystems officially announced two discrete ultrasonic Time-of-Flight (ToF) sensors, the CH-101 and CH-201, with maximum sensing ranges of 1m and 5m, respectively. Both chips have a 3.5×3.5mm package and they are powered by same ASIC or application-specific integrated circuit for signal processing. To achieve different sensing ranges, the Piezoelectric Micro-machined Ultrasonic Transducers (PMUT), the MEMS parts of the sensors are tuned and built differently. 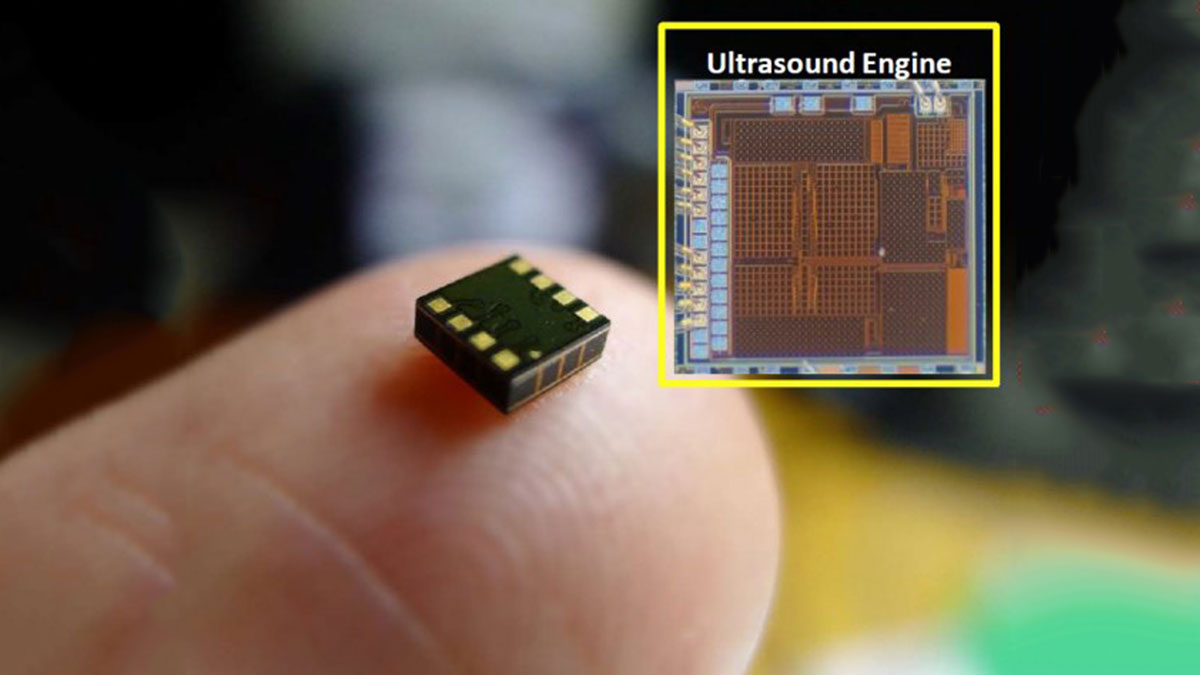 In fact, we have been sampling the CH101 for two years now and we realized we had never made a product announcement for it.

According to Chirp Microsystems, the chips are the first commercially available MEMS-based ultrasonic ToF sensors and can beat all other ToF solutions on the small size and low power consumption. The “Sonars on a chip” draw 100 times less power and are a thousand times smaller than the conventional ultrasonic rangefinders used in today’s industrial automotive applications. Unlike infrared based ToF sensors, these new MEMS sensors do not rely on optical path clearance. So, it’s now easier for engineers to design bezel-free smartphones with precise gesture recognition.

The CH-101 and CH-201 include an interrupt pin and a GIO pin. That pin is used in hardware trigger mode to connect several transducers on the same I2C bus so they can operate in a synchronous fashion. For Virtual Reality applications, data from multiple chips are mixed to detect the position of user’s hand in 3D space.

Read more: Chirp Microsystem Made The Smallest And Most Accurate Ultrasonic Time-of-Flight Sensors