This instructable will use three photoresistors (light dependent resistors) and an Arduino to control the motion of a robot. Any common robot chassis can be used for the robot. The light sensors will be mounted on the left side, right side and front of the robot. When light of sufficient intensity falls on a sensor, the robot will respond with a left turn, right turn or forward movement, corresponding to the location of the sensor that is activated. The instructable will also pass along some electronics tips that I have found useful and, hopefully, will prove useful to others. 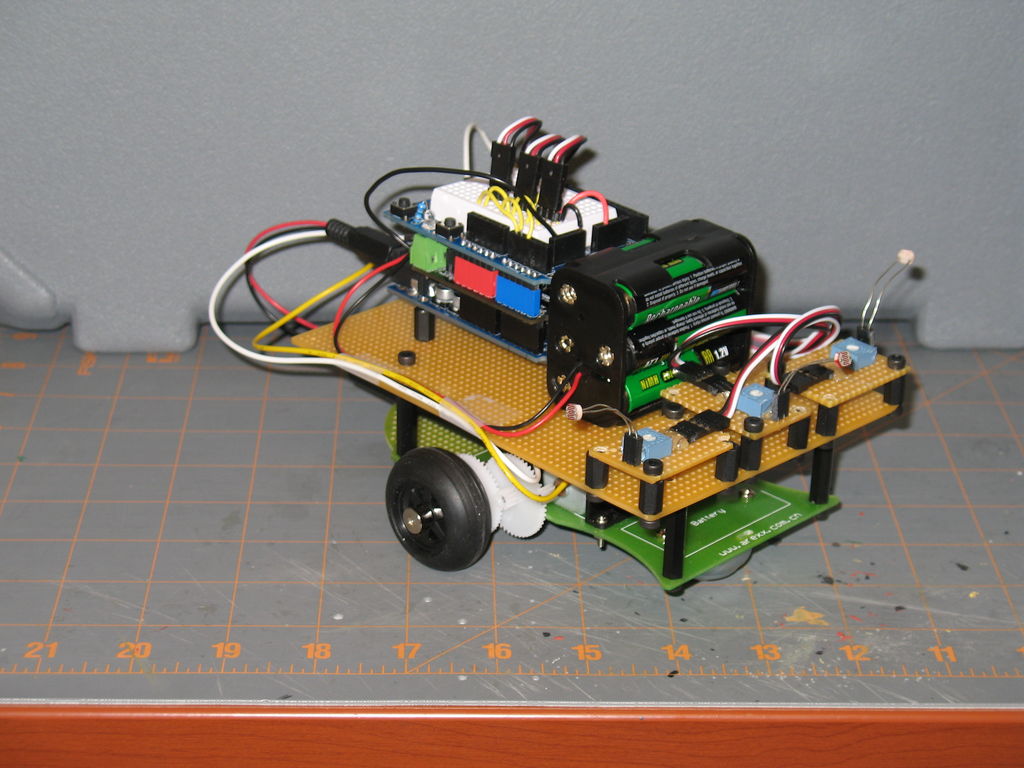 Various standoffs and hardware. A good kit can be found at

The standoffs used in this instructable are from a Trossen Robotics robot kit. The standoffs and hardware are also sold individually

Finally, we will need some male and female headers

Robot platform preparation. As mentioned, any common chassis can be used for the robot, and I chose the Arexx robot chassis listed above. This chassis had a rather small upper deck, thus the need for one of the proto boards. Put four 3cm (or similar) standoffs on the existing holes on the lower deck of the chassis, and then position the proto board on top of the standoffs to form the upper deck. Mark and drill screw holes. See accompanying photo. This gives us a platform that we can drill screw holes into to hold various electronics and sensors. This platform can be reused with other sensors in future robot projects.

Next we need to construct the light sensor platforms. One proto board was used for the upper deck of the robot. From the second proto board, use a hobby saw or Dremel to cut three 1.5cm by 2.5cm rectangles. In each corner, drill a screw hole. These small boards will hold the electronics of our light sensors. Before we add the electronics, position the small boards on the upper deck of the robot as shown in the accompanying figure. Mark, drill holes, and add 1cm standoffs to attach the small boards to the upper deck. At this time, you may also want to decide on the position of the Arduino board on the upper deck and drill appropriate screw holes. Also add some 1cm standoffs to hold the Arduino. Leave enough room between the Arduino and the light sensors to insert the AA battery holder. 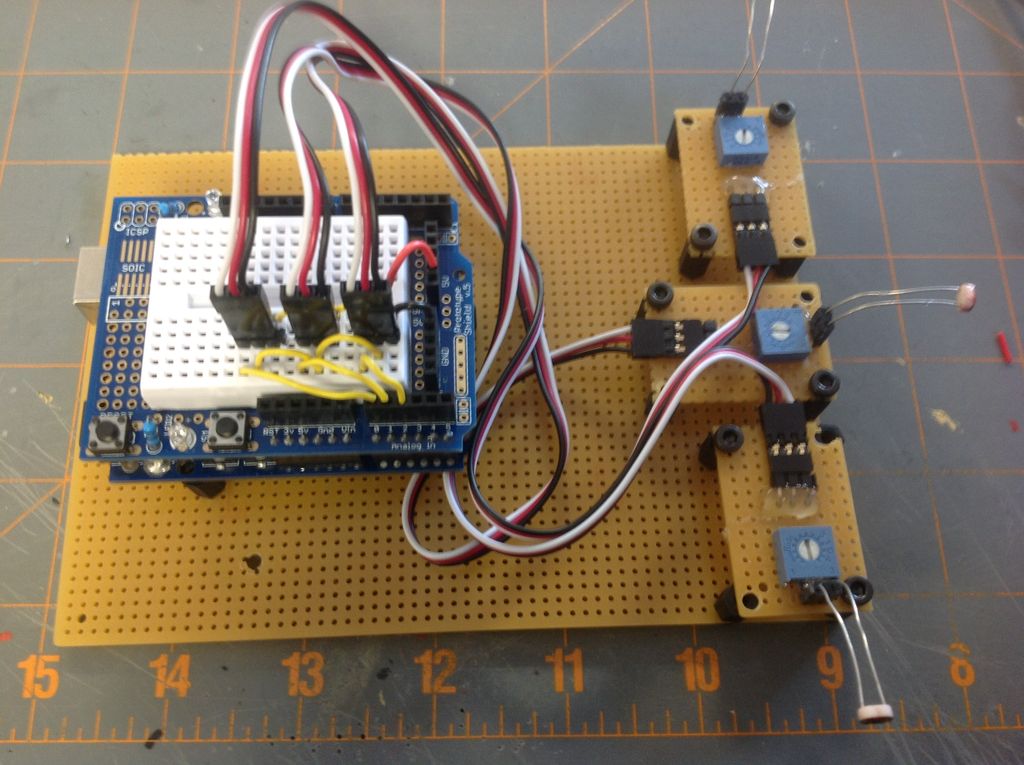 The advantage of this voltage divider is that it can be adjusted with a small screwdriver via the trimmer. Thus the sensitivity of the light sensor can be changed independent of the Arduino code (contained below). Also, these small platforms can now be used as light sensors for future electronics projects. In addition, other types of electronics can be put onto the small 1.5cm x 2.5cm proto boards; LEDs, piezo buzzers, buttons, lasers, etc. Since all the small boards will be the same size, they will be interchangeable on the robot deck, giving many possibilities for different robot configurations. I am currently constructing several such boards and a customized Arduino shield for a future Instructable.