This instructable draws on the work of the guys at “Citilab” http://seaside.citilab.eu/scratch .

They have created a modified version of  Scratch to interface with Arduino.

Using Scratch Programs you can make Arduino Flash Lights, Read Buttons, and do many of the things that you can do with the the regular Arduino environment.

So if you like Scratch and Arduino but are not quite ready for C programming (yet), this is something you can try out. 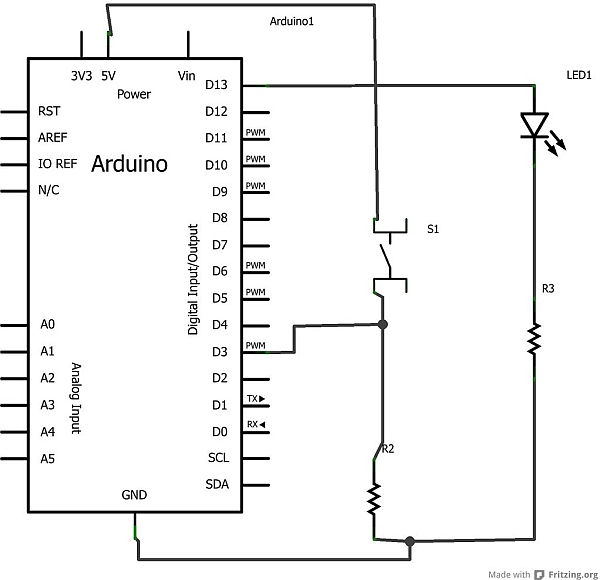 To start we need to wire an LED and Switch to the Arduino (along with some Resistors), as shown in the diagrams below.

Go ahead and wire it up as shown.

You Should Now See the LED flashing.

If you don’t. Check the wiring.

The equivalent C program (Arduino Sketch) is shown below as well.

Compare the C and the Scratch and see if you can figure out what’s going on.

2. the Firmware for Arduino to talk to S4A

For our experiment you will need:

For more detail: A Gentle Introduction to Arduino for Scratch Users