The following steps will enable you to build your own tweiger-counter! It searches in current twitter messages sent around the globe for the words like nuclear, calculates a sliding window average and pushes it to the arduino that will click for every incoming tweet like an original Geiger counter and will steer a servo as revmeter showing the current nuclear related posts on twitter. So the next time the twitter-verse is flooded by such tweets due to a new catastrophe you will be warned by an alarm of your tweiger-counter. 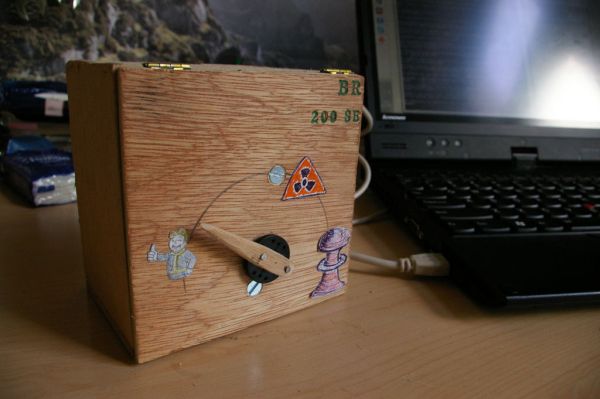 what you need:
– arduino
– servo
– little speaker (optional but cool)
– twitter developer account (sorry, but necessary since the recent API update of twitter, they cancelled basic auth)
(-some dependencies for the python script, mainly the tweepy package)

by the way, the code is flexible so can search for whatever words you want, so you can easily turn the tweiger counter into a yolo-meter or check for hurricanes…

get the code for the python script & the arduino sketch from github:
https://github.com/leftbigtoe/tweiger_counter 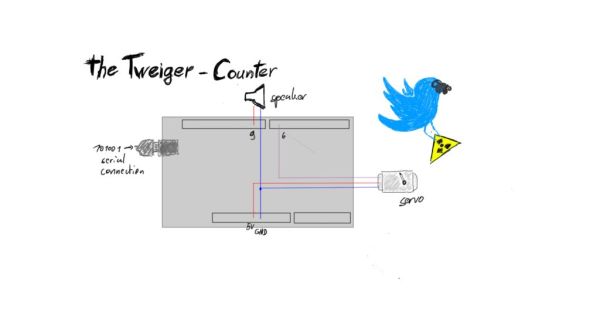 here is how you wire everything to the arduino. make sure you use the same pins or adapt the code.

to make your tweiger counter look nice, just grab some box to put it in and add a nice hand and scale. no exact instructions here, but maybe some insipration:
I just went to the locale tabacco shop, got an empty cigar box (shrinked it down a little since it was a bit oversized) and made a hand I mounted to the servo.

For more detail: The tweiger counter