We present the candidature of Mr. Michele Mancini for the TiDiGino Contest. He proposes us a recent application with Arduino: Real-Time Energy Monitor

This is a simple power meter to analize the current consuming in a house using the led indicator of a house energy meter.

Reading the red led of a home energy counters the system detects the corrent consumption in a house. 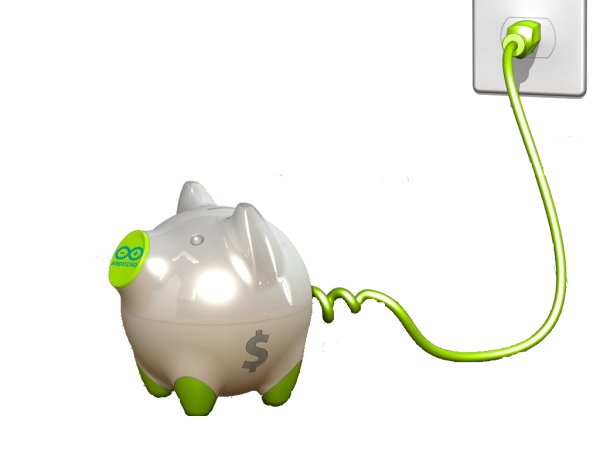 It is a noninvasive method, not cut wire, no current disconnects, so a very interesting method…
The system consists of two parts: the Arduino board that detects the led pulses and sends the data via the XBee module, and a PC that recive the data through a USB/Xbee module and processes the data with LabVIEW so you can prepare and study the consumption in a very instant.
Arduino sends two datas to the PC:
1 – Real time datas
2 – Average consumption measured in a time of 5 minutes.

From the picture we see that the LED that indicates the current consumption is the red LED near to the display. In particular is the LED superior.

Arduino module
To detect the LED blinking you have to apply a simple photoresistor above the led and covered it with black tape. To read the analog voltage using the Arduino you have to use a resistive divider as shown in diagram: 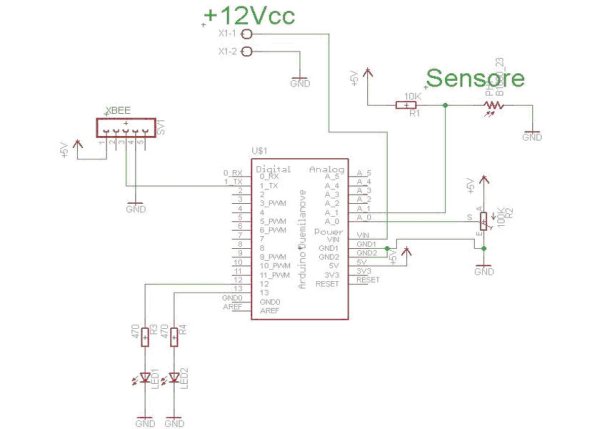 The LED blinking causes the voltage drop down and this value is read by Arduino and compared with the voltage acquired by the potentiometer connected in the channel A0. This potentiometer has the task to adjust the sensitivity threshold.
The read data are processed from the sketch and then sends to the PC via Xbee module.

The Arduino code acquisition is as follows:

For more detail: Real-Time Energy Monitor with Arduino and LabVIEW