Here is a small personal project to brighten my home made from a cheap IKEA photo frame, and Arduino and a multicolor “NeoPixel” LEDs strip. The goal is simple: to realize a matrix of 12×10 big square pixels able to emit light in any color, and controllable from a smartphone. A simple demo video will explain the principle better (the LED flicker is due to the video and not normally visible):

The video shows different working modes of the frame: clock, random pixels, gradual color change, sliding message. It is obviously possible to invent many other modes. Here are pictures of the frame: 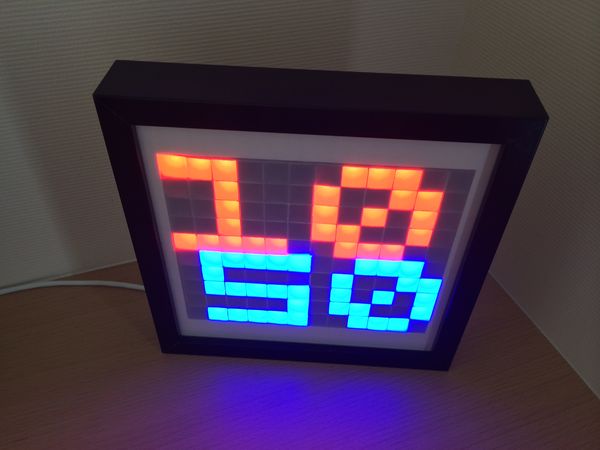 Let me list what I used to build the frame :