It can be a herculean task to get kids to eat their vegetables, but they’ll happily chow down on things they aren’t supposed to. If one of those things is a button battery, serious injuries can result in the form of burns to the esophagus or tears in the digestive tract. Researchers may not have found a way to stop kids swallowing button batteries, but they have found a way to make such culinary no-nos safer.

When a battery is swallowed, it has the potential to interact with water or saliva to create an electrical current. This can trigger a chemical reaction that produces hydroxide, a caustic ion that can cause serious burns if the battery isn’t removed within a couple of hours. To prevent this, researchers at MIT, Brigham and Women’s Hospital, and Massachusetts General Hospital have developed a coating that prevents the battery from conducting electricity.

The team’s solution is built around the fact that batteries are subjected to a gentle pressure when inside their housing. This allowed them to create a coating from an off-the-shelf material commonly used in computer keyboards and touchscreens known as quantum tunneling composite (QTC), which can switch from an insulator to a conductor when pressure is applied. 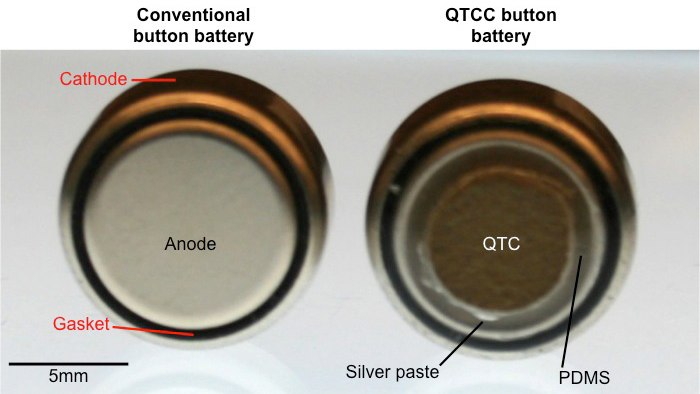 To ensure the coating would remain an insulator inside the body, the team first calculated how much pressure would be exerted on the battery inside the digestive tract, where peristalsis causes muscles to contract and relax in a wave to propel food through.

They calculated that even when subjected to the highest possible forces found in those with a rare disorder called “nutcracker esophagus,” the QTC-coated batteries would remain non-conductive. After completing these calculations, the researchers tested the coated batteries in the esophagus of a pig and saw no signs of damage.

PID Thermostat This is a PID thermostat for the arduino. It supports independent tuning parameters for multiple hardware 'profiles', and...