For many applications that require power-supply currents of a few amperes or less, three-terminal adjustable-output linear voltage regulators, such as National Semiconductor’s LM317, offer ease of use, low cost, and full on-chip overload protection. The addition of a few components can provide a three-terminal regulator with high-speed short-circuit current limiting for improved reliability. The current limiter protects the regulator from damage by holding the maximum output current at a constant level, IMAX, that doesn’t damage the regulator (Reference 1). When a fault condition occurs, the power dissipated in the pass transistor equals approximately VIN×IMAX. Designing a regulator to survive an overload requires conservatively rated—and often overdesigned—components unless you can reduce, or fold back, the output current when a fault occurs (Reference 2). 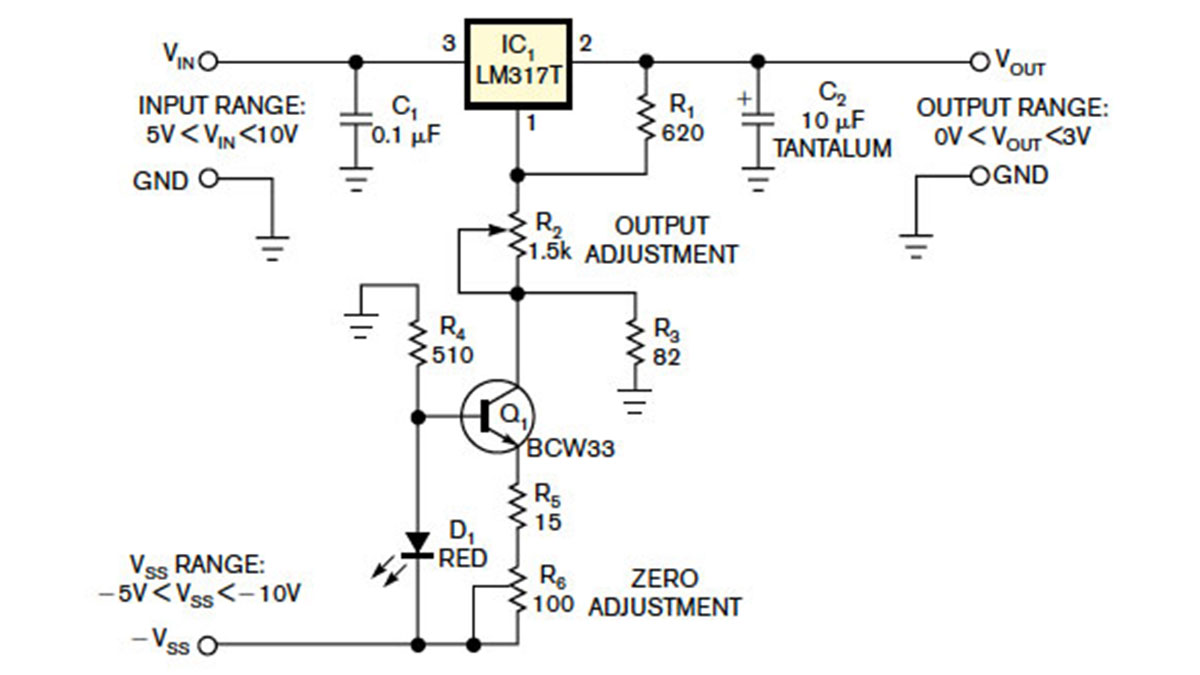 For the circuit in Figure 1, you can calculate the maximum foldover and short-circuit currents, IKNEE and ISC, respectively, as follows:

In a practical design, you select values for IKNEE and ISC and equal values for R3A and R3B and then use equations 1 and 2 to calculate resistors RSC and R4. For the circuit in Figure 1, the output’s maximum and short-circuit currents are fixed at 0.7 and 0.05A, respectively. With R3A and R3B set to 100Ω, solving the equations yields values of 0.73Ω for RSC and 4.3 kΩ for R4. You can demonstrate the circuit’s performance by applying a variable-load resistor that’s adjustable from 0 to 200Ω. As Figure 2 shows, the output’s simulated and measured voltage-versus-current characteristics, VOUT and IOUT, respectively, are in close agreement.