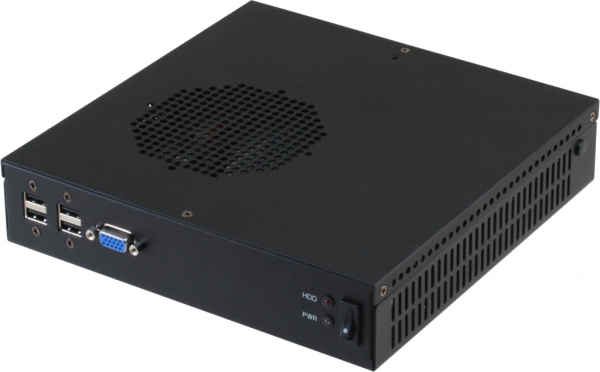 AAEON, a major developer of innovative industrial systems, releases the ACS-1U01 Series, a range of turnkey solutions that capitalize on the strength of three of its bestselling SBCs. By enclosing the boards inside a tough 1U chassis, AAEON is giving customers a ready-to-go system for use in a variety of applications including industrial automation, POS, medical equipment, digital signage, and transportation. 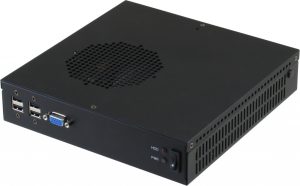 The three models – the ACS-1U01-BT4, ACS-1U01-H110B, and ACS-1U01-H81B – feature a tough, 44.45mm-high chassis with a wallmount kit and 2.5” HDD tray. The low-profile, low-power-consumption systems have full Windows and Linux support, they can be expanded via full- and half-size Mini-Card slots, and heatsinks give them operating temperature ranges of 0oC~50oC.

The ACS-1U01-BT4 houses AAEON’s EMB-BT4 motherboard, which can be fitted with either an Intel® Atom™ J1900 or N2807 processor. The J1900 can be used with a pair of DDR3L SODIMM sockets for up to 8GB dual-channel memory, while the N2807 can be used with a single DDR3L SODIMM socket. The board’s extensive I/O interface provides the system with a GbE LAN port, dual independent HDMI and VGA displays, a USB3.0 port, up to seven USB2.0, and up to six COM ports.

The ACS-1U01-H110B contains AAEON’s EMB-H110B, which is built to accommodate up to 65W 6th/7th Generation Intel Core™ i Series socket-type processors and supports up to 32GB dual-channel memory via a pair of DDR4 SODIMM sockets. Dual independent display is possible through two HDMI ports, or the option of DP connections. The system also features a GbE LAN port, four USB3.0 ports, four USB2.0 ports, and a COM port.

This project is my implementation of an alien themed slot machine using two ATmega328P-PU micro-controllers. The slot machine is for...