Infrared headphones can be used for listening to music or television cordlessly. The headphones utilize a transmitter that connects with audio cables to the audio source, such as a home entertainment center. The transmitter utilizes light-emitting diodes (LEDs) to direct a focused beam of invisible pulsating light towards a receiver built into the headphone set. The pulsations act as ON/OFF signals that are translated digitally by the receiver into audible sound waves. Most infrared headphones have an effective range of about 30 feet (~10 meters) or less, and require a clear line of sight between transmitter and receiver. 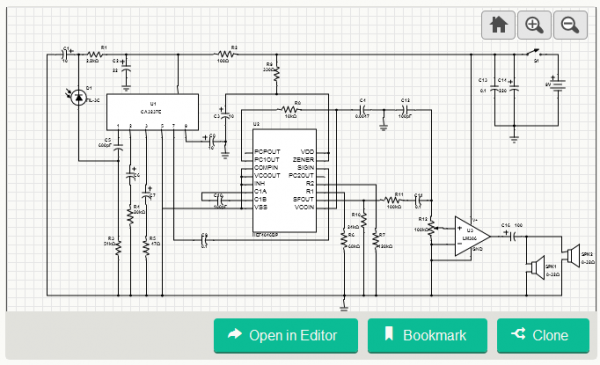 The headphones pick up the light with a receiver and turn it back into sound. The receiver has an infrared CDS cell, which produces a pulse of electricity every time infrared light lands on it. The cell is designed to pick up the particular frequency of light produced by the transmitter, so it is not disturbed or thrown off by other light. A small computer inside of the receiver takes these pulses of electricity and turns them into an audio signal. This audio signal is then amplified and sent to the headphones themselves, which play the sound.