We could often feel frustrated when programming using the Arduino IDE. Why? Not because of how many errors we encounter in the program, but it is so difficult to find out the errors in source code, which is really something freaking out. For example Arduino IDE does not seem to display the number of rows, the prompt window can show us in which line the error occurs, but we just have no ideas where the line it is. 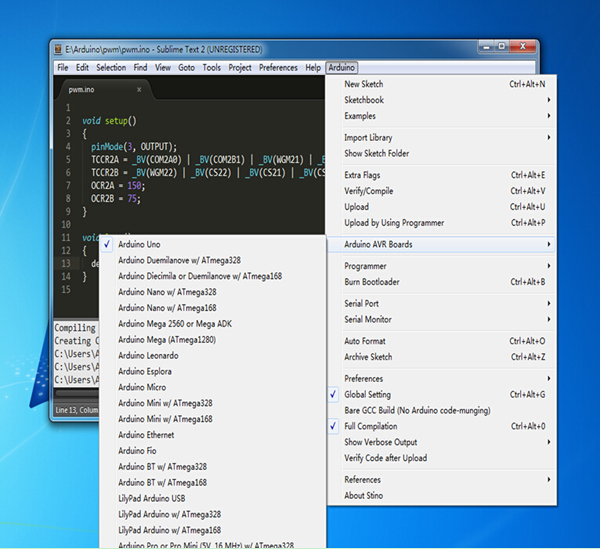 If you can double click to find exact position of that line, then we will not care about which line it is: line 1 or line 10. But that just hasn’t happened. What’s worse, it cannot change the display font, which reads clumsy or neither too small or unclear enough, as a consequence, seriously affecting the efficiency of our programming. So I wanted to transfer to another editor and the new editor had better be able to take the place of the Arduino IDE completely. Then I found the Sublime Text 2. Here take a look at the overall interface of it.

For more detail: Use Sublime Text 2 to Replace Arduino IDE