Intro to the basics (pdf-file)

The Tino Kit – now available for the interessted community

The Tino Shield is a plug-on PCB stacked on an Arduino microcontroller board. With the Arduino it forms a real measurement instrument calibrated by Teviso, Switzerland, the manufacturer of the radiation sensor module. This shield is now available as kit for DIY assembly.

Arduino programs for the Tino shield can be found on the download page.

Description of the kit 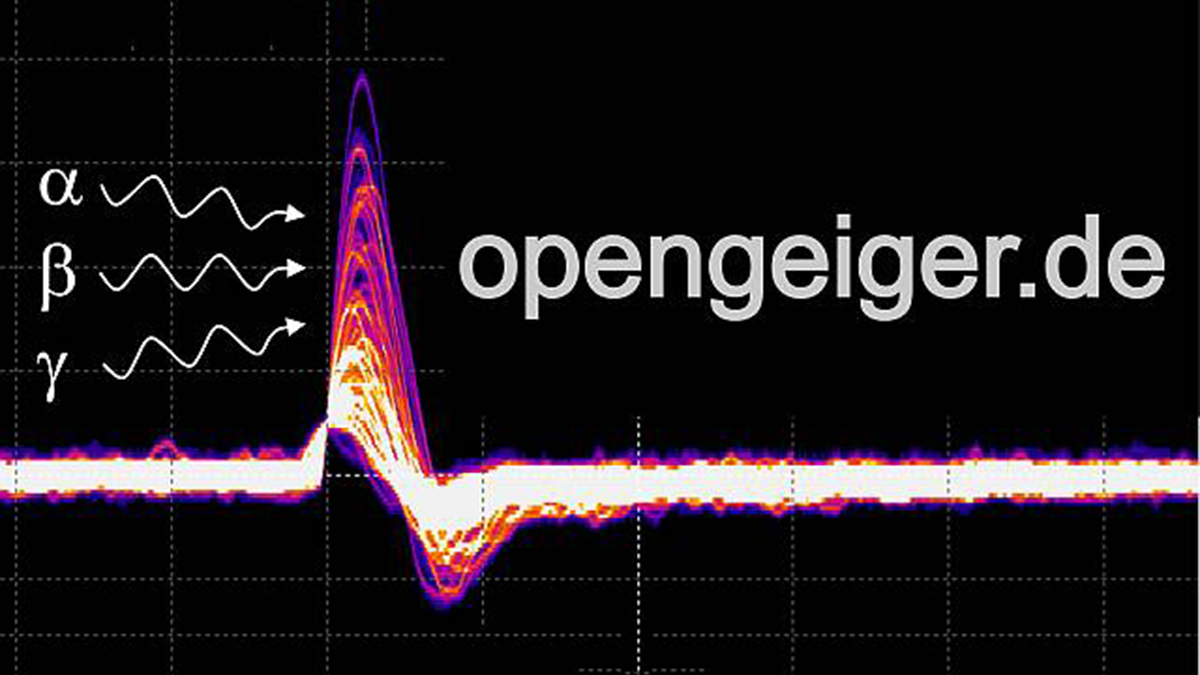 Yes, it really works: You can measure the specific radon activity in a given air volume with a geiger counter.

This graph shows the measurement result of radon exhalation in a chamber which was filled with a granite stone from Menzenschwand (Black Forest area) at time zero. After ten days the stone was removed carefully and the chamber was closed again continuing the measurement. Finally, after 18 days the chamber was opened completely and the detector was kept on running. The pile-up of radon activity with the half-life constant of 3.8 days is clearly visible followed by disintegration with the same time constant. Well, it was not a normal geiger counter that was used for this measurement. It was the “Radon-Geigerle”, a modified version of the “Stuttgarter Geigerle” that was made sensitive to alpha radiation. However, the cost and effort was surprisingly small, it is only required to exchange the photodiodes. During further investigation it turned out that even regular granite building material exhales quite a lot of radon depending on the source of origin and the content of uranium. More in the follwing documents.

The respective research work at the Jugendforschungszentrum in Nagold was rewarded during the regional contest “Jugend-Forscht” in the black forest region with a 2nd prize. In addition the juniors received a special award of the German society for destruction-free analysis (DGFZP).

Radon and radioactivity in education

Radon exhaling from natural stones and building materials are a perfect means to impressively and instructively demonstrate radioactivity in education. Here is a description of a ready and easy to use experiment either with the Geiger counter or the Arduino based Tino kit:
Proof of Radon Exhalation from Building Materials and Natural Stones – A Completely Hazard-free, Instructive and Simple Experiment on Radioactivity

Rolf-Dieter Klein developped an Android app that uses the camera sensor of a mobile phone as a detector for radioactivity and thus converts the mobile phone into a geiger counter. For some devices this works quite well since the author provides support for the settings of the key parameters. For other phones the app does not work that well. Since the camera sensor is pretty similar to a PIN-diode detector a comparable strategy for finding the comparator settings can be used for the Stuttgarter Geigerle. Therefore it is possible to learn a lot from this app with respect to the correct comparator threshold. Here you’ll find a description telling you how to do the adjustment of the parameter settings for the Android phone app on your own after having understood the principle of operation.