I built another board, which is a 3-channel (RGB) LED driver based on an inexpensive chipset called PT4115 (you can find them on eBay or Aliexpress).

The circuit is very simple and looks like Sparkfun’s PicoBuck. However, I used beefier components and a different chip. You may say it’s pretty much the same thing, but I made it to learn some more about PCB design.

Datasheet here. LED current is set through a sense resistor. The output current I is equal to 0.1/Rs. I wanted ~300mA for each channel so I chose a 0.33 ohm resistor. If you want 350mA, choose a 0.27ohm resistor.

Each channel can be controlled via PWM (you can solder male/female headers on the board), for example with an Arduino. 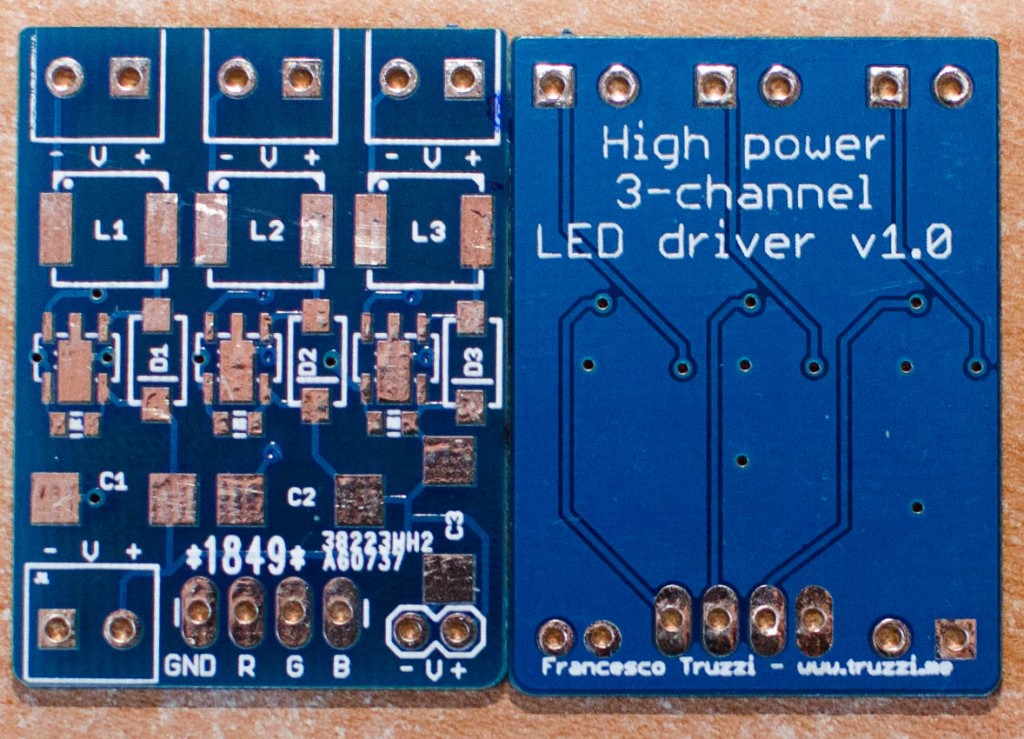 READ  Monitor 15 contacts with one PIC input
‹ Previous Next ›

TL;DR - I wanted all of my AV components to turn on and change inputs as soon as I started...