In a presentation at the Maker Faire held in Rome this weekend Arduino co-founder Massimo Banzi gave a preview of the soon to be released Gemma wearable Arduino board. The 27 mm diameter board contains an ATtiny85 processor programmable from the Arduino IDE via Gemma’s micro USB connector. The design is a collaborative effort together with Adafruit Industries who also worked on the Arduino Micro. 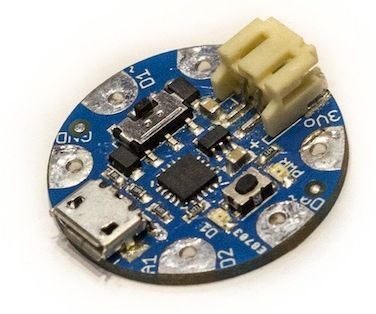 The ATtiny85 has 8K of flash and 5 I/O pins, including analog inputs and PWM outputs. It was designed with a USB bootloader so you can plug it into any computer and reprogram it over a USB port (it uses 2 of the 5 I/O pins, leaving you with 3). Ideal for small & simple projects sewn with conductive thread,

For more detail; The Arduino Gemma