Hello guys! In this instructable I’ll teach you how to make a very simple proximity sensor using infrared LEDs and Arduino. 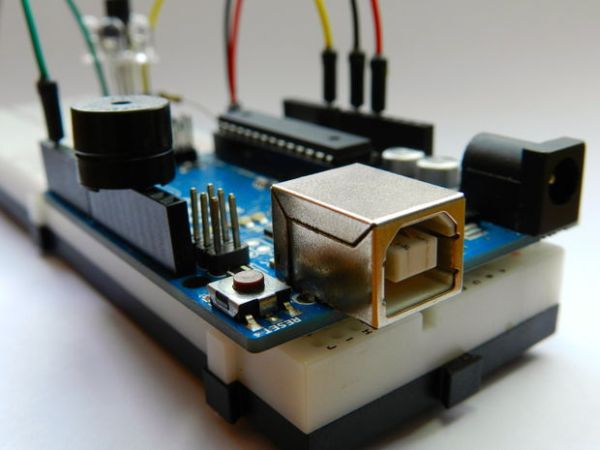 After several times trying to optimize it, I finally came up with something that is quite simple e precise. Just like my first instructable, this project is perfect for beginners in the arduino’s world, with a few components anyone can make it. I hope you all enjoy it.

For this instructable you are gonna need:
– Arduino
– 1 IR LED receiver (photodiode with 2 pins, not the phototransistor with 3 pins)
– IR LED emitters (as much as you can get, but at least 2)
– 100K resistor (brown black yellow)
– Jumper wires
– Breadboard
– Electrical tape
– Buzzer(optional)

Be careful to don’t mix up the LED receiver with the LED emitter, they all look the same.

Cut a small piece of electrical tape and wrap it around the IR LED receiver, forming a tube. Trim the edge with a pair of scissors until it’s about 1cm long.
Have a look at images to see how I made it with electrical tape.

Some members of the family of mid-power LEDs Osram Duris were introduced to you a year ago in the article...