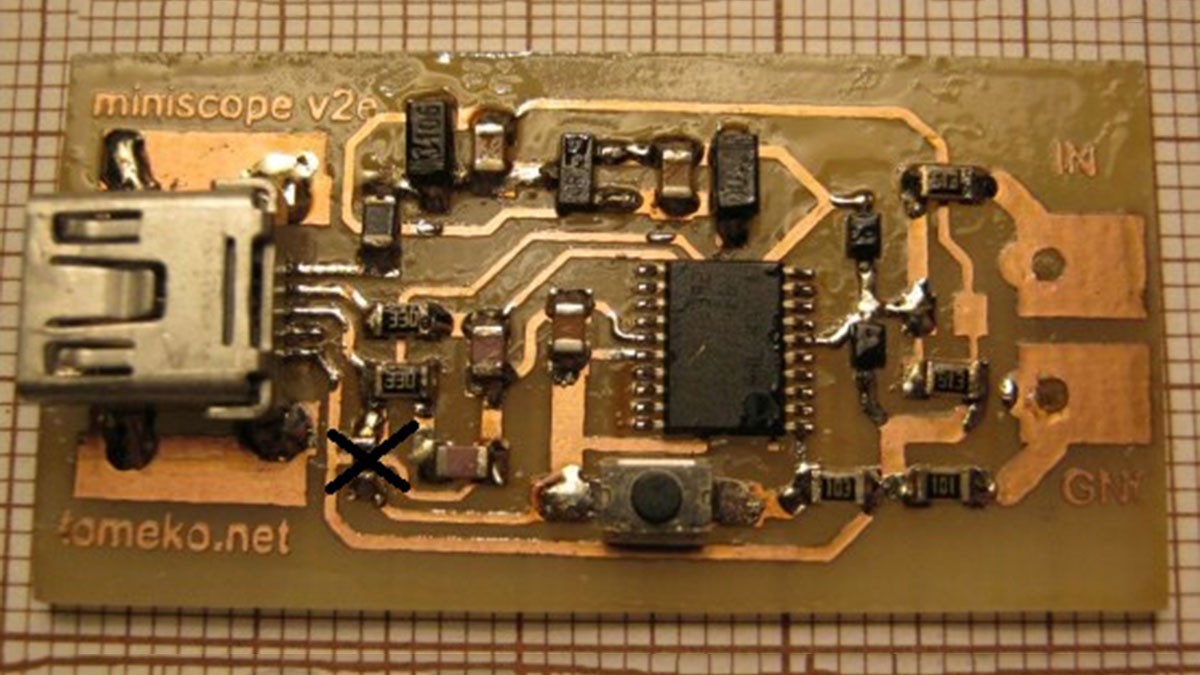 miniscope_v2e_20140501.pdf
1k5 USB pull-up should not be mounted as STM32F042 has internal pull-up – apparently used by ROM DFU bootloader also.
Version from 2015.02.20 is intended to use R8 27k and R4 51k for input divider.
Either 3V (that is one I’ve actually used) or 3.3V voltage regulator can be used.
Comparing this schematic with Discovery kit for STM32F072 indicates that few other passive components (RC at USB D+/D-) may be redundant.
If you do not plan to experiment with firmware heavily (or don’t mind some hanging wires at the time) you can replace SMD microswitch with some sort of jumper as it is needed only for firmware upgrading.