I know LEGO has the Mindstorms-set that probably is great, but wouldn’t it be even better (and cheaper) to hack your regular bricks into your own micro controller controlled LEGO? Well I think so!
I had this idea for a long time, but to many other projects stood in the way until Tristram posted this instructable: DIY-LEGO 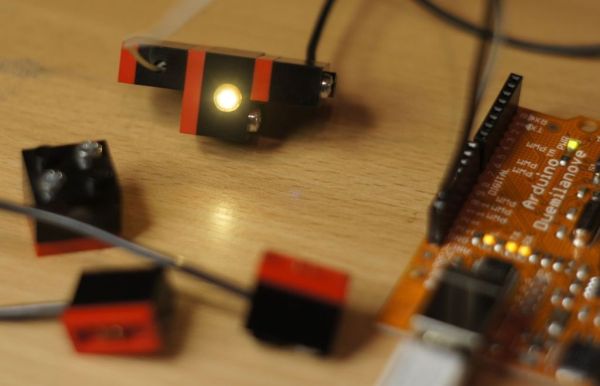 We tried to work together on this project, but it seemed impossible to synchronize our agenda’s and get together so we both run our own projects. First I took the same route Tristran took and even build myself a MYDIYCNC to cut the bricks, but finally I decided to take an other approach.

A nice first step in this project will be a simple LED in a brick.
(Tristram also did a LEGO-LED but with his own approach)

My goals for the LEGO-LED:

For starters you will need a bunch of LEGO-bricks to destroy. I couldn’t destroy my LEGO, so I bought it specially for it in “Pick a Brick” on the LEGO site. 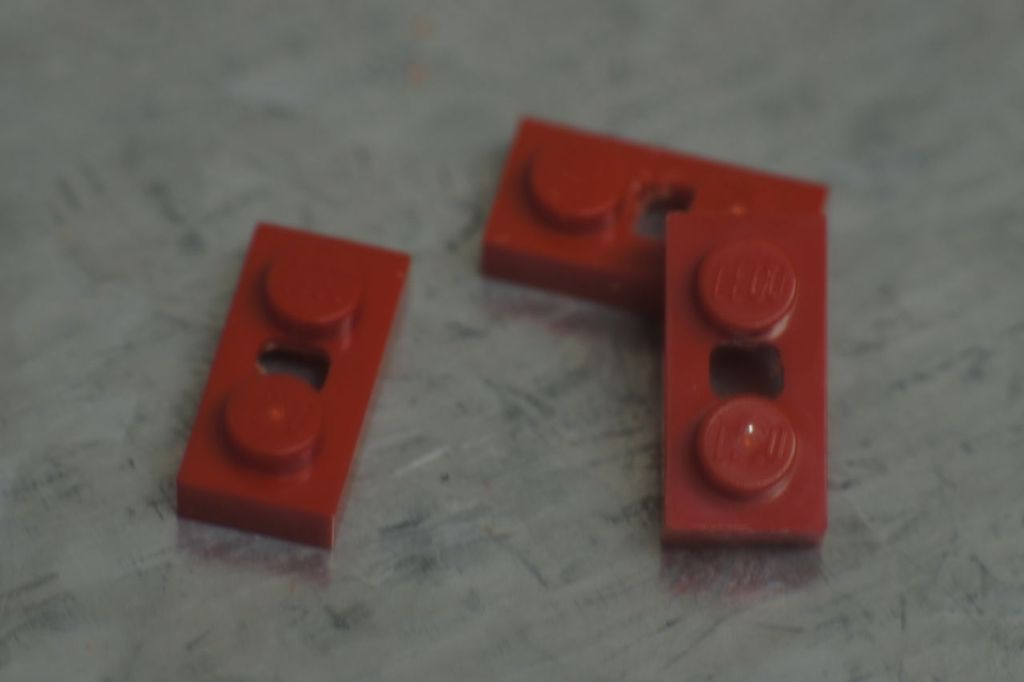 Normally I wouldn’t start with the cables, but my bricks for the LED-module aren’t delivered yet, so the cables it will be.

The cable will be a 1×2 black brick with one of the studs made into a connector and a 1×2 red plate on the bottom with the little round stud in the middle replaced by a connector.

The hole in the Bottom plate

To make the connector, we need a 3mm x 4 mm hole though the 1×2 plate. I use my CNC for that. (you can also use a drill and file). To make it easier to repeat, I first made a jig to hold the brick out off 6 mm thick HDPE plastic. The G-Code to make the jig is included in this instructable. I used a 1.4 mm bit in the CNC.
As you can see on the pictures, the LEGO fits snugly in the jig. When I zero-out the CNC on the little hole I made in the jig, the bricks will be cut perfectly every time. (G-code included. You might need to change the .txt extension in .ngc)

Step 3: The connector on the bottom plate

I tried manny different ways to make the connector. I tried 3mm nails, machined parts and bolds, but I think that I found a good solution now.
The best solution that I found until now for the bottom connector is a folded strip of copper. I was lucky to find a nice 0.5 mm thick, 3.5 mm wide strip of copper at the place where I buy my metals.
See the drawing on how to fold the strip.
To make this also easily repeatable, I also made a jig for this.
You can also use needle-nose-pliers.

If everything went well, you ended up with something that looks like the pictures.