In an earlier post I described an Arduino-controlled fan cart. The driver I used was an L293D quad half-H chip, because I had one handy and was out of simpler parts at the time. It’s always bugged me that I was just controlling speed on that cart, since it’s possible to control direction with an H-bridge also. 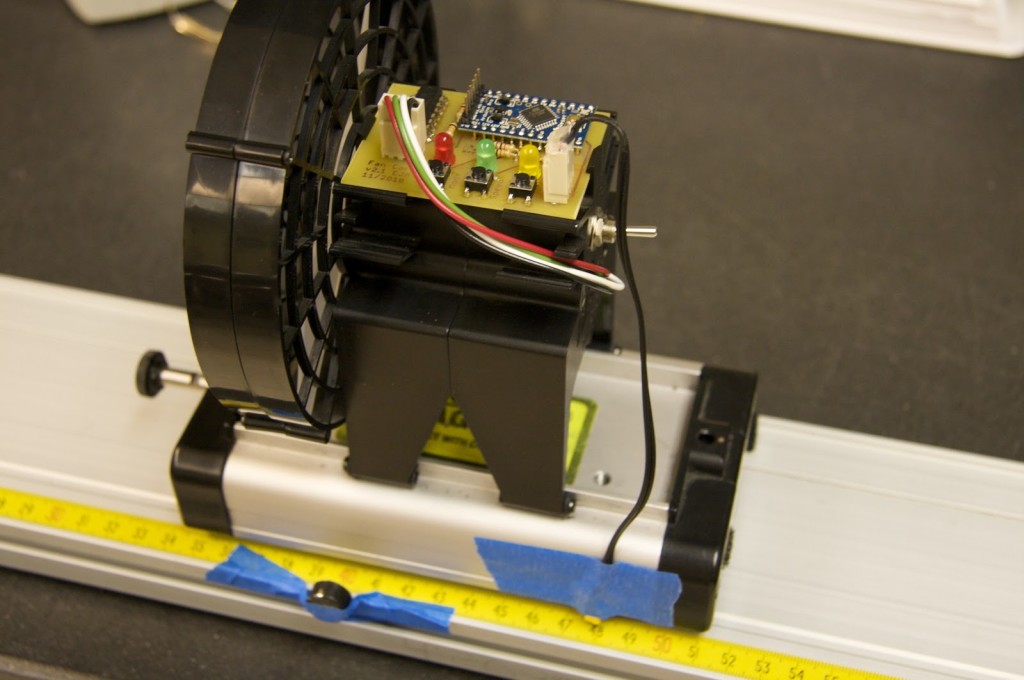 I’d also gotten several suggestions of other features the fan-cart could have; and I’ve learned a bit about EagleCAD recently too, so I went back and re-did the device. Here it is: Fancart v2.1. I sized the board so that it fits in the board-holder notches on the top of the PASCO fan cart. 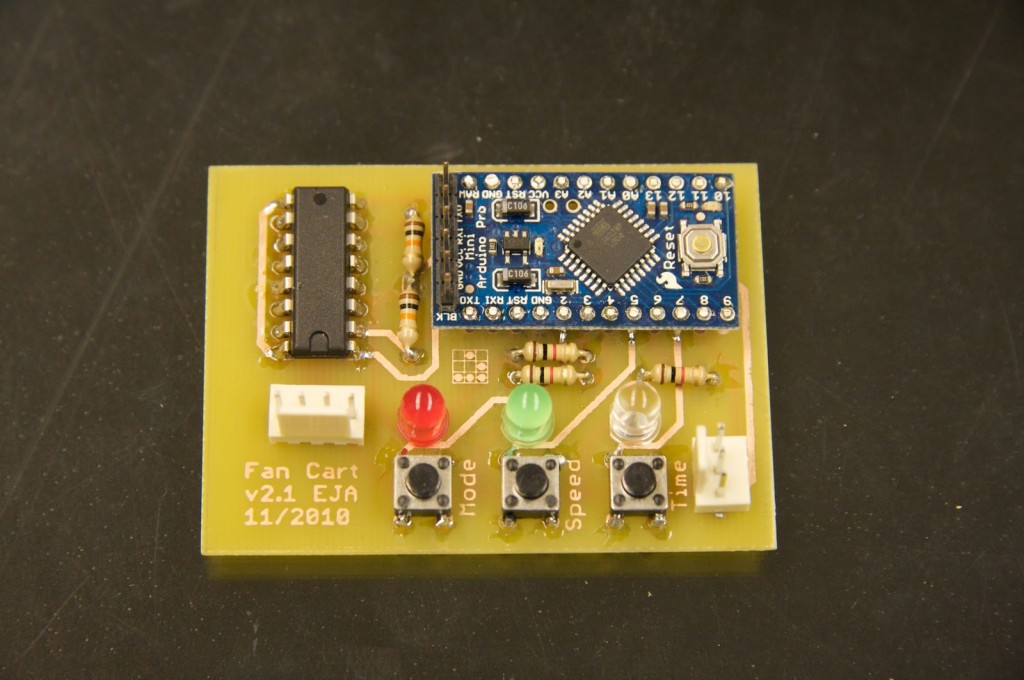 There are three modes available in the current program:
Mode 1: The fan toggles between on and off each time the sensor sees a magnet. This is what the previous fancart did.
Mode 2: The fan turns on when it sees a magnet, and then turns off T seconds later, where T is the time setting. The current program has available T settings of 1-4 seconds, although that’s easy to change.
Mode 3: The fan reverses each time it sees a magnet. This is kind of fun: one magnet in the center of the track results in anharmonic oscillation.
For more detail: Improved Fan Cart