This example shows the simplest thing you can do with an Arduino to see physical output: it blinks an LED. 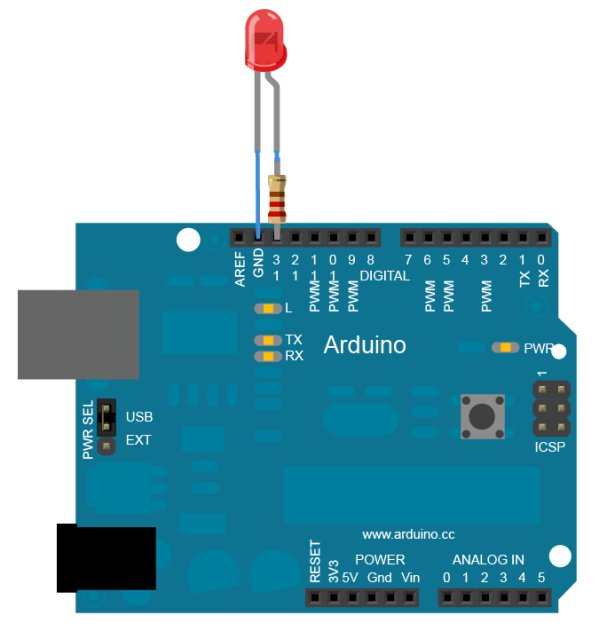 Most Arduino boards already have an LED attached to pin 13 on the board itself. If you run this example with no hardware attached, you should see that LED blink.

After you build the circuit plug your Arduino board into your computer, start the Arduino IDE, and enter the code below.

In the program below, the first thing you do is to initialize pin 13 as an output pin with the line

In the main loop, you turn the LED on with the line:

This supplies 5 volts to pin 13. That creates a voltage difference across the pins of the LED, and lights it up. Then you turn it off with the line: 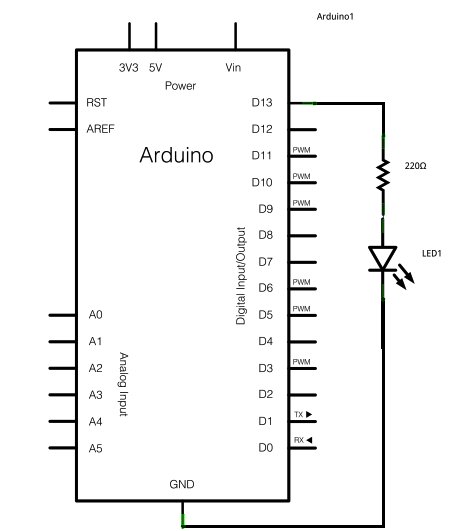 That takes pin 13 back to 0 volts, and turns the LED off. In between the on and the off, you want enough time for a person to see the change, so the delay() commands tell the Arduino to do nothing for 1000 milliseconds, or one second. When you use the delay() command, nothing else happens for that amount of time. Once you’ve understood the basic examples, check out the BlinkWithoutDelay example to learn how to create a delay while doing other things.

READ  How to Make an LED Scrollbar

Once you’ve understood this example, check out the DigitalReadSerial example to learn how read a switch connected to the Arduino.

In this tutorial, eight LEDs are interfaced to the Arduino Uno board. This is not complicated – it is just...