Skip to content
This is a simple guide on how to make a distance detector using an Arduino, a HC-SRO4 Ultrasonic Sensor, a Buzzer, and some LED’s.  The ultimate goal of this tutorial is to use the buzzer and LED’s to display how far the object is from the ultrasonic sensor. 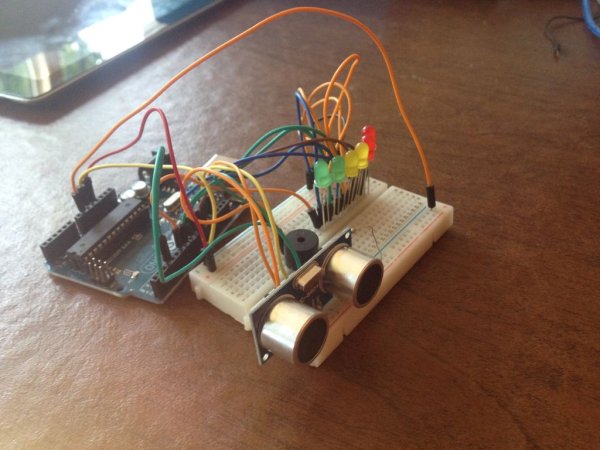 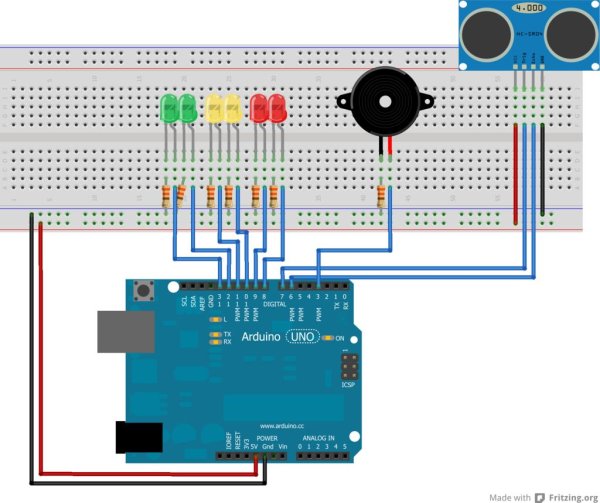 Next is connecting the LED’s to the breadboard and Arduino.  Once again referring back to the setup picture, attaching the LEDs is pretty basic, just with a lot of repetition.  The way to connect them is to connect the anode, or the longer leg, or the one on the right, to a pin on the Arduino with a jumper wire, and to connect the cathode, or the shorter leg, or the one on the left, to the ground channel on the breadboard using a 330 ohm resistor.  Then just repeat that step for all six of the LEDs, with the red LED all the way on the right being connected to pin 8 on the Arduino, the anode of the red LED to the left of that one being connected to pin 9 on the Arduino, and so on.  The last LED, that being the green LED all the way on the left, should have it’s anode, or right leg, connected to pin 13 on the Arduino.  Once you have done that, your setup should look something like this. 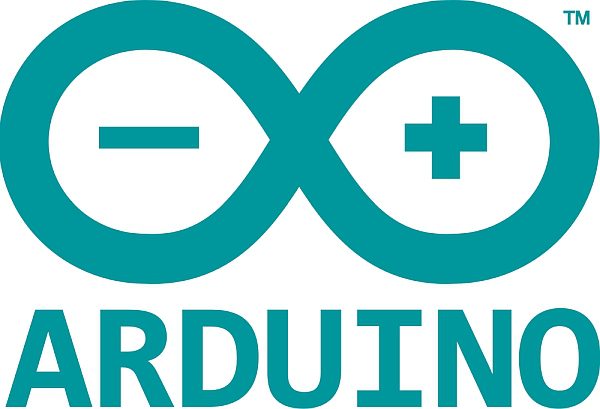 Now that you have finished the physical setup of the build, now its time for the code.  I assume that you already have the Arduino program on your computer, so now all you have to do is copy and paste the code from below.

Once you’ve done that, and you’ve plugged in your Arduino to your computer, run the code and you’re finished.  If you’ve followed all the directions, the closer you’re hand gets to the HC-SRO4, the LEDs should progressively light up until and the closer your hand gets, the buzzer will produce a higher tone each time.

Source: Arduino Distance Detector with a Buzzer and LED’s