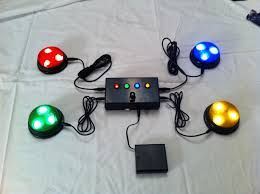 Although the circuit shows the buzzer being powered from 12V, the circuit allows any buzzer that operates from about 5V to around 24V to be used.
When the external power supply (12V in the circuit diagram) is connected, the GND or 0V of the power supply must be connected to the GND of the Arduino.
So the above circuit means that the connections must be made as follows:
The power supply powering the buzzer in this circuit is a 12V battery. 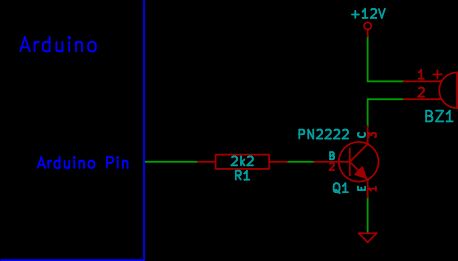 The Tog base module contains a densely packed PCB assembly, battery, and modular expansion bus in a ultra-small plastic enclosure....